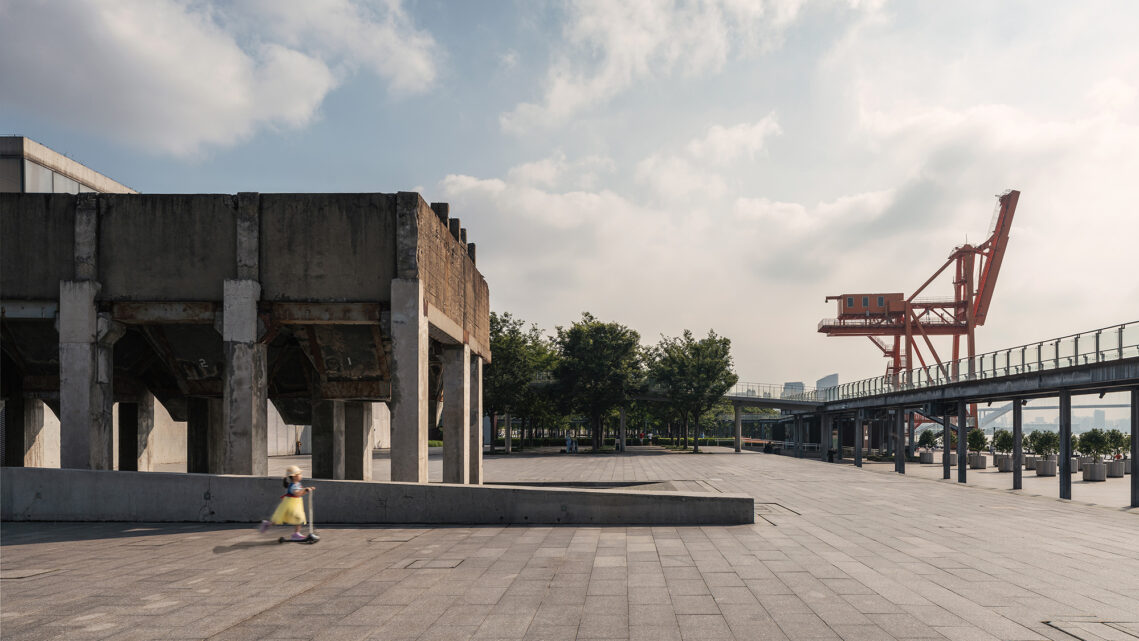 When it comes to public architecture, photographers are typically tasked with capturing a building prior to it becoming fully operational or occupied.  This makes sense in many ways.  Larger scale architecture can take years of effort to realize, and architecture firms rightfully want to start integrating photos of the building into their marketing efforts as quickly as possible.  Designers hope to see the buildings they labored over in pristine condition and before too much wear and tear.

These pre-operational photoshoots do have their fair share of drawbacks, however.  With more and more architecture firms putting the human experience front-and-center within their company branding, it starts to make less sense to shoot a building only once, at a time that can sometimes be completely devoid of human activity, when perhaps the landscape hasn’t had time to mature, and before we can meaningfully capture the spirit of the project and the influence it has on its end users.

With that in mind, I recently had the opportunity to shoot the Atelier Deshaus-designed Long Museum West Bund in Shanghai, more than six years after it originally opened its doors in early 2014.  The goal for the shoot was simple – capture the way in which the building contributes to the public realm and serves the community, while showcasing how it has weathered over its six-plus years of operation.

As mentioned in an article I previously wrote, urban renewal, adaptive reuse, and heritage protection have become development priorities following decades of China’s cities experiencing the destructive forces of its unprecedented urban transformation.  Wiping out a city’s historic fabric to make way for glistening new high-rise developments wrapped primarily in glass and metal has been the norm for quite some time.  This shift towards preservation is a welcome one, and has already proven successful with the realization of unique developments, both large and mall, across many of China’s major cities.

The Long Museum is one such development and is one of two privately owned museums in the city established by Chinese billionaire art collectors Liu Yiqian and Wang Wei.  Upon its opening, at 30,000 square meters in size, it was China’s largest private museum.  The former industrial site used to be a wharf for coal transportation and has become the focal point of a much larger transformation in the area from a manufacturing hub into a cultural corridor along the edge of the Huangpu River.

In connecting the new structure with the site’s previous use, the centerpiece of the project becomes an existing coal conveyor loading bridge that was preserved.  This 110-meter long historical remnant nestles itself below the newly constructed concrete vaults, some of which seem to embrace this industrial vestige and help define the major circulation spine from the main arrival out through to the river’s edge.

In terms of the architecture itself, the cast-finished concrete umbrella vaults are the building’s most distinguishable feature.  These vaults are strategically dispersed and rotated across the site creating a spatially dynamic configuration.  Wall and ceiling fuse together to become one, occasionally forming cantilevered overhangs when one is oriented outwards.

What has become a modern classic, the building’s influences range from Hadrian’s Villa in Rome (where the architects visited during the design process) to some of Louis Kahn’s work – his Kimball Art Museum in Fort Worth comes to mind.  The complexity of the spatial arrangement along with the sophisticated way in which the design team integrated services within the structure, helps make the building truly unique.

A Backdrop for Urban Life

Despite the undeniably striking presence of the double-height, concrete umbrella vaults, the more I’ve visited the site, the more the building itself seems to recede into the background to become nothing more than a backdrop for the vibrant urban life that takes place around it.  Whether its skateboarders making use of the multiple elevation changes across the site, dog lovers walking their furry friends, or schoolkids taking class pictures for graduation, there’s always excitement and interest taking place around the museum.  This is in stark contrast to a lot of cultural buildings I’ve visited in the country, many of which forbid this type of organic activity from occurring at all.

When presenting to clients, architects very often highlight the ‘timelessness’ of their designs, emphasizing not only a restraint in adhering to temporary trends, but also how the building will endure the test of time.  There is a certain disconnect between describing your building as timeless and then only photographing it once during its lifetime.  Therein lies an opportunity for photographers to build long-term relationships not only with clients, but with their projects as well.