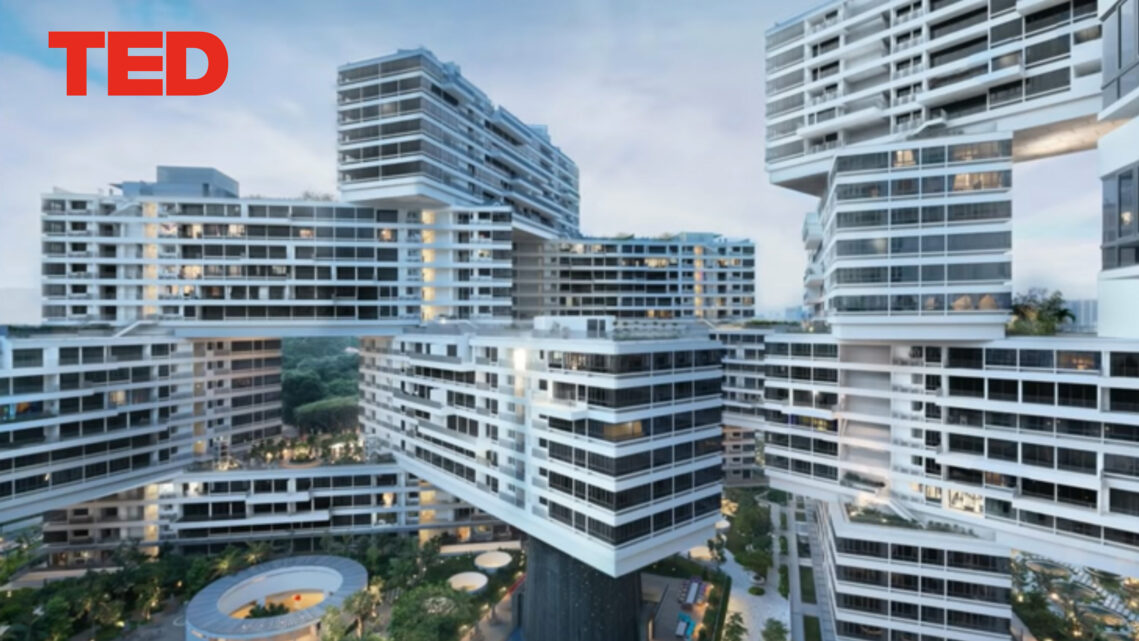 German architect Ole Scheeren’s TED talk from a few years ago has inspired me both as an architect and a photographer.  Founder and principal of the architecture firm that bears his name, Büro Ole Scheeren, Scheeren’s talk underscores his belief that ‘form follows fiction’ and that buildings must do much more than simply provide form to accommodate functional needs.  Buildings should tell a story.  Scheeren discusses the symbiotic relationship between buildings and their inhabitants – users script the architecture just as the architecture scripts the stories of those users themselves.

While discussing some of his most iconic projects, such as the CCTV tower in Beijing and the Interlace residential development in Singapore, Scheeren describes his buildings not as physical structures, but as urban actors – defining the life of the city they inhabit.  This way of thinking manifests itself even during the design stage of his projects – for example on CCTV, he and his team identified several hypothetical ‘characters’ that would use and interact with the building in different ways – scripting where they would meet and what they would experience. This in turn began to inform important design decisions throughout the conceptual phase of the project.

Architects have to juggle so many challenges when it comes to bringing a building through to completion – functional planning, spatial expression, coordination with engineers, sustainability goals, just to name a few – that the building’s impact on the end-users and the stories they will create together can sometimes take a back seat to the more tangible, pressing issues at hand.

Through our lens, we as architectural photographers get to overlay our own creativity onto a piece of architecture and its users to hopefully capture and convey the story of a particular place – a place that most viewers will only ever see through our images.  We have the complex task of creating a series of images that simultaneously tell the story of the building, its impact on its users (and vice versa), environment, and surroundings.  When successful, anyone who looks at our imagery should be able to imagine the experiences that the buildings create for their inhabitants.