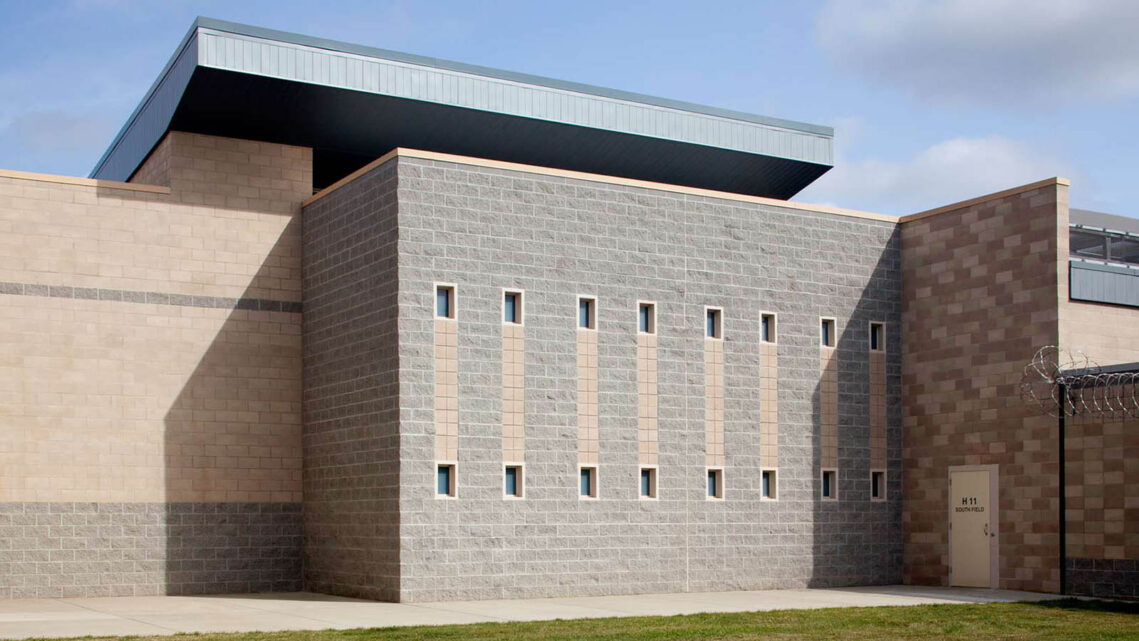 I was perusing Instagram when I came upon a beautiful mid-century residential project photographed by California based architectural photographer Chip Allen. When I hopped over to his website, I learned that he has photographed some incredibly cool — and seemingly odd — civic architecture projects. I scrolled through his images of the DMV, zoos, courtrooms, and well…prisons. It dawned on me then that hey, jails and prisons are designed by somebody too.

So how does one become the go-to guy for photographing correctional facilities? What are the logistics behind documenting prison architecture? What gear are you allowed and not allowed to take in? These are all questions I was dying to ask Chip after seeing his work. He was kind enough to walk us through the ins and outs of photographing various California correctional facilities, from Youth Detention Centers — aka Juvie — to jails, and prisons.

Chip kicks things off by telling us “About 7 years into my career as an architectural photographer, I was contacted by one of the larger firms in my area. One of their studios inside the the Civics branch did corrections. I worked for them capturing other types of projects — like courthouses — and they liked what I did. They gave me shot at photographing a newly built local juvenile hall. Looking back, I liked this as my first corrections assignment because it was a little less serious and stark as an adult correction facility can be.”

“Surprisingly, [to gain clearance to photograph a prison] you just need a clean background — which they usually check by running your Drivers License number” Chip explains.

Recently I found out that many jails and correction facilities are compelled to let photography happen because of the Freedom of Information Act. These are public places built with public dollars, so it makes sense.”

Chip’s images in this series span across the past 10 years he has spent photographing these facilities. It’s interesting to see how the juvenile correctional buildings are a bit less drab than the adult centers — often incorporating brighter color palettes and more shapely designs.

I was curious to know if Chip brought an assistant along on these massive projects. He doesn’t!

“I tend to work better on my own, but usually the client and a correctional officer escort me.” Chip goes on to say, “I only use one LED light and I have a roll-along cart. There is a lot of walking on these jobs and many times tons of stairs for reaching the top cells in all the cell blocks!”

Photographing jails and prisons can’t be without challenges — and a wild story or two! Chip describes the biggest complications arise when photographing areas with inmates, and gaining access to various rooms.

Chip says, “The biggest challenge is getting access to all the spaces. A jail — even a new one — is locked down, and many times you have to radio a central command area to actually open a door (get buzzed in). If the prison is live with inmates, this can delay the shoot day, because there are already so many demands and requests on the central command area.”

Chip relays some sage advice here: “I learned don’t go around alone in any prison, because if you are capturing a space, or cell and the huge heavy door locks behind you, your cell phone (if it’s even allowed) will not get a signal through the walls. You might be stuck in a cell for a while and that is no fun. That door latching closed behind you makes a haunting noise!”

“I think the craziest story I have from capturing prisons and jails is this one time I actually showed up for a job and half the prison was populated! Up until that point I had only captured brand new facilities with no inmates. Not that day! The part of the prison I was to photograph was new, but I had to go through the old live prison first (my client didn’t tell me and I didn’t ask ahead of time). I had to pass through the intake and a few cell blocks. The folks in there looked at me very funny and called out a few unsavory things and behaved bizarrely as I passed by them. My client who was accompanying me was a woman and that also caused some ruckus! At some points even though the inmates were restrained, I shared the same halls with them. It was a healthy eye opener” he tells.

One thing that stood out to me about Chip’s images of these correctional facilities is the quality of light he was able to capture in some of the spaces — like this area flush with natural light raking in, complete with beautiful highlights and shadows on the floor.

Chip said “I like my images that show sunlight — and lots of it! I just think that natural light is important in all architecture and maybe even more so in these places. I think feeling and seeing the sun is a basic human right, and part of our health as people. Any place that excludes this from its users is no place I’d like to see. Most facilities I’ve come across in my 10 years doing this do incorporate sunlight. Some more than others.”

Admittedly, viewing Chip’s ten years of correctional facility work side by side has been incredibly interesting to me. Seeing these typically sterile civil structures with an emphasis on their architecture and design is intriguing — especially since these structures are often shrouded in mystery, and not seen by many.

A hearty Thank You to Chip for sharing his photographs and process with us. The breadth of Chip’s work is extremely expansive, so be sure to check out his site chipallenphotography.com as well as his Instagram @chipallenphotos.