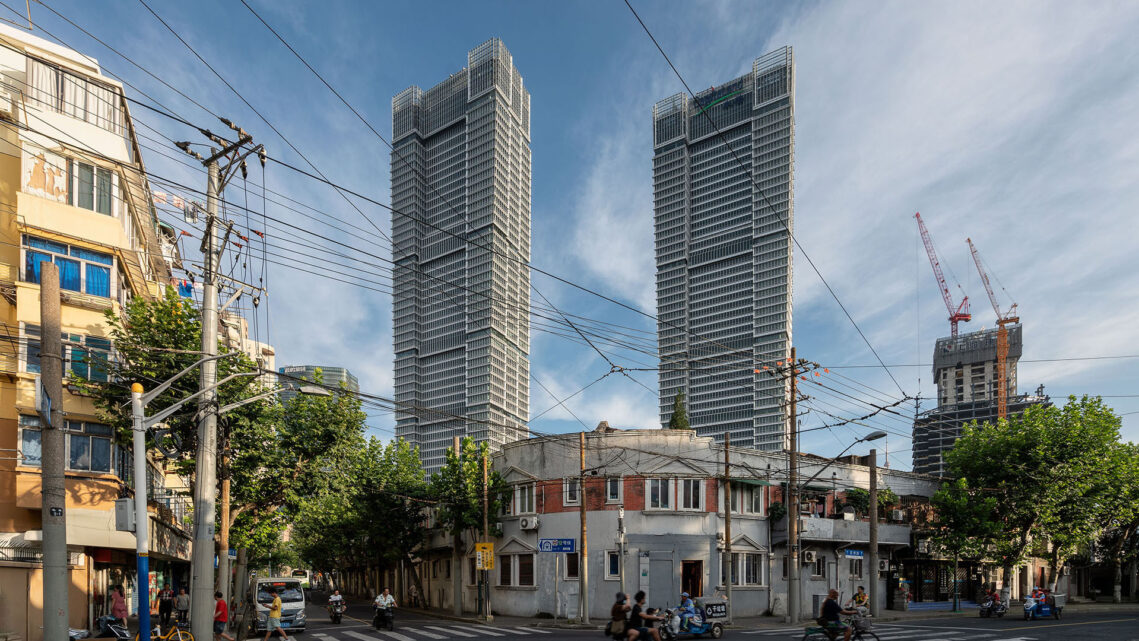 Shanghai is known for its glitz and glamor – a showpiece city exemplifying China’s thriving economy and emergence as a global superpower.  Its iconic skyline defines the city internationally and, compared to some of its ancient counterparts, many of which have rich histories dating back thousands of years, Shanghai is a Chinese city that is sometimes thought of as having little history at all.

Having lived in the Chinese mega-city for the better part of the past decade, I wanted to find a way to celebrate Shanghai’s ever-changing skyline, while unmasking her perceived opulence, to lay her bare – unearthing the diversity one finds in the more uncharted corners of her urban environment.

Shanghai Undressed is a photo essay that reveals many of the city’s most iconic skyscrapers as dynamic urban actors, each making their presence felt far and wide across the boundless metropolis.  The series juxtaposes the city’s tall buildings with scenes from everyday life in Shanghai, highlighting how these high-rises serve as points of orientation for residents, anchoring their position within this vast, oftentimes chaotic city.

The photo essay does away with the long-established usage of the hero-shot image to document skyscrapers in which the tower is isolated as the be-all end-all.  While most outsiders only ever see the dazzling postcard-like images of the Lujiazui skyline in Shanghai’s Pudong area, this series looks for tall buildings that are spread out all across the enormous city, and then more accurately contextualizes them with varied foregrounds ranging from laneway residential communities, to developing construction sites, to elevated highways, to vibrant commercial corridors.  As a former architect myself who spent more than a decade designing tall buildings in Asia, I eventually came to the realization that very few people cared about the ‘architecture’ as much as I did.  What really matters is its impact on the city, the community, and the people who actually use the building.

The experience of photographing this series turned out to be quite liberating.  The specific requirements of professional architectural photography typically dictate that our camera remains on the tripod most, if not all, of the time.  In order to capture the spontaneity of everyday life in the city, I decided from the outset that every image in the series would be taken handheld and from the ground level.  It became a weeks-long adventure that was part architectural and part street photography, leading me to discover hidden parts of the city I had yet to experience.

Each image in the series may very well illicit a unique response from different viewers.  Some people may see tension between the historic fabric and the newer landmark towers, while others may come away with a more harmonious reading of the old and new.

For me, when I look at the entire series as a whole, I see a city that is grappling with how to strike the right balance between preserving the old while ushering in the new.  Critics will lament the demolition of too much of the city’s historical character, but I believe China’s recent focus on urban renewal may have come just in time.  Only time will tell whether the views captured in this series will live on for future generations to enjoy.