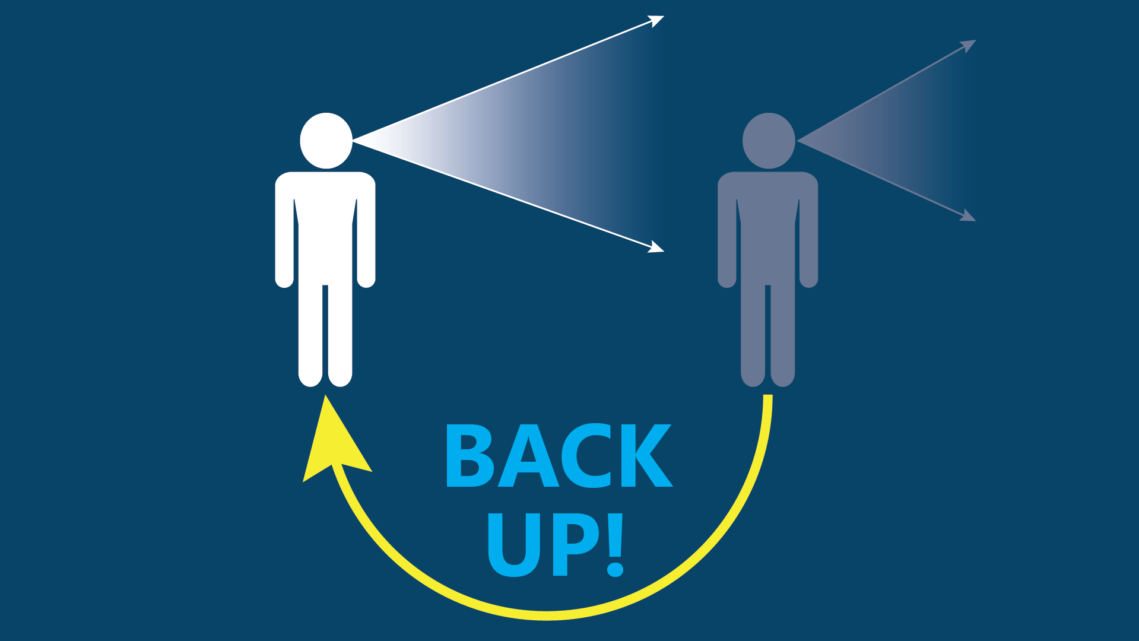 Like all of you, I am constantly trying to push myself to improve as a photographer.  Honing our craft is paramount to our continued success and part of the fun of our profession.  With that in mind, this year I am looking forward to sharing ideas and techniques that have aided me in my ongoing pursuit of perfection.  Few strategies have helped me improve my work more than simply backing up.  That’s right folks, it’s as simple as that.  Just back it up!  Let’s delve into why I think doing this has led to my work being much improved and far more interesting.

One of my favorite shoots from 2021 was being tasked with capturing a pair of skyscrapers in the central Chinese city of Changsha.  This is an interesting example to start with because when dealing with high-rise buildings, backing up could literally mean hopping in a taxi and driving for 20 minutes just to find the right angle.  Scouting for the right locations is sometimes the bulk of the work when dealing with tall buildings.

It was obvious that we needed to show how the buildings anchored the city’s skyline from the main river that sweeps through this giant metropolis that around 10 million people call home.  Here’s a look at one of the first images that I took.

Very much a typical riverside shot where the water acts as the foreground to the skyline behind.  Nothing wrong with this image at all.  It shows the importance of the towers and frames them prominently in the shot.

From there, I spent some more time walking along the riverside park and eventually discovered what I think is a more engaging view.

By backing up from the water’s edge, we’re able to give the viewer a sense of what it’s like to walk along this promenade and in between the tall trees that exist there.  The trees frame the view and I believe play off of and enhance a sense of verticality that the towers both possess.  They also add two very dark compositional elements which help to contrast with the glowing towers themselves.  Of all the images we took of this project, this is the one that I keep coming back to.

Below are a few other examples of how I think backing up has helped me capture better images.  I’ve tried to include a variety of project types so hopefully you’ll see something that potentially relates to what you might shoot.

Over the summer, I had the good fortune to photograph and film Heatherwick Studio’s 1000 Trees project in Shanghai.  Again, by resisting my initial impulse to walk right up to the canal’s edge to frame the building, I backed up and was able to find a view with far more visual interest.

And here is the shot I ultimately decided on:

By framing what is very much a horizontal building vertically, I was able to capture the waterside landscaped promenade and use it as a way to guide the viewers’ eyes toward the building. Including a couple of people walking toward the building is just icing on the cake.

While photographing a twin office tower project in Chongqing, I wanted to showcase the building’s prominent location along the city’s river. Rather than settling on a view with simply having the river as the foreground element, I was able to find several, far more interesting views that placed the project in its wider urban context.

When photographing the construction process of a tower designed by Foster + Partners in Shanghai, I tested out several potential views before landing on one, where once again, was further back from our subject and included not only a couple locals enjoying the view (midday pajamas and all!), but also a glimpse of the nearby steel bridge to help frame the view.  A much stronger composition was achieved.

And then the final composition…

Switching gears completely to an interior retail shopfront example, here is a comparison of two images of the same storefront.  For me, the image that is taken further back from the glass façade is by far the more successful one as it incorporates the curved elements of the floors, creating a much more compelling composition.  I always like it when I can get the main subject in a one-point perspective and then have some contextual elements diverge from that.

So the next time you’re struggling to find that perfect composition – just back it up.  You may be pleasantly surprised with what you end up with.