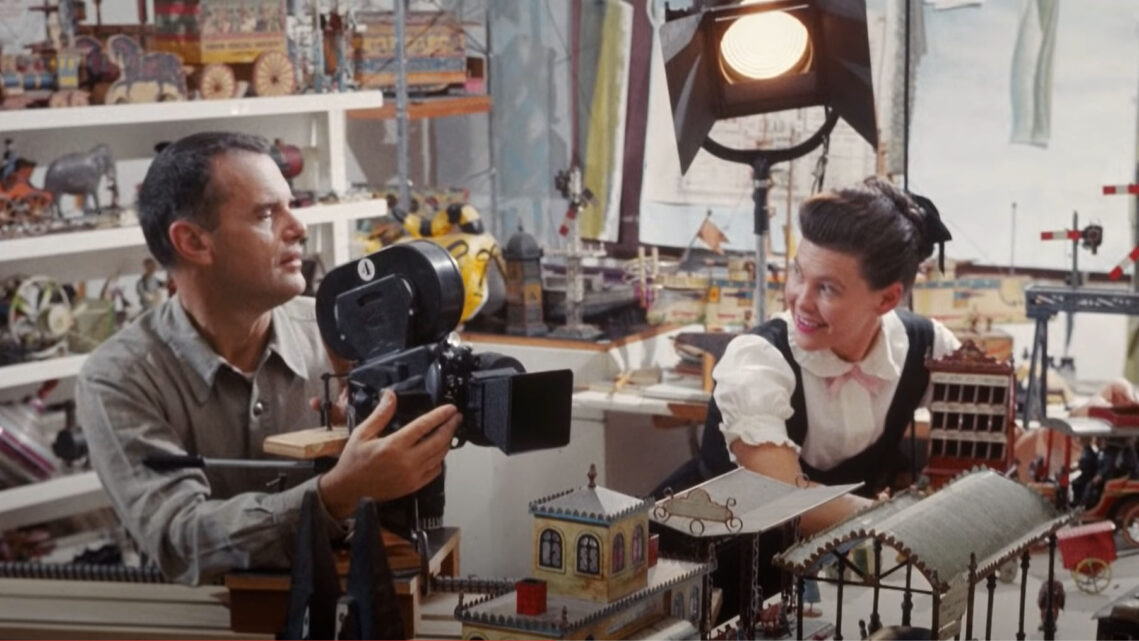 Directed by Jason Cohn and Bill Jersey, and narrated by James Franco, the film, Eames:  The Architect and the Painter, provides a glimpse into the lives and creative process of the prolific couple and their work’s impact on post-WWII life in America.

The Eames, who designed their office with creativity at the forefront, both had multidisciplinary careers that gave shape to America’s 20th century.  They saw themselves not simply as furniture designers, painters, or architects, but rather multifaceted creatives finding new ways to look at the world.  As the film notes, they ‘wanted to bring the most magnificent experiences that you could have with your eyes, to the largest number of people.’

It is truly remarkable how they used their creative talents to become problem-solvers for some of the nation’s most important companies during some of its most challenging times.

Their short film, Glimpses of the U.S.A., which was shown in Moscow during the Cold War, showcased the Eames as communicators who used images rather than words.  Charles himself was “wary of words” and felt that it was “not about writing a script, but rather creating a sequence of images that can tell a story.”  A task that we as visual storytellers can certainly relate to.

The film is a fascinating tale of two of the most influential figures in the design world with work ranging from architecture, furniture design, industrial design, manufacturing, to the photographic arts.  What unites Eames’ work, is a quest for beauty, a desire to reach a broad audience, and more than anything else, a belief that design can improve people’s lives.