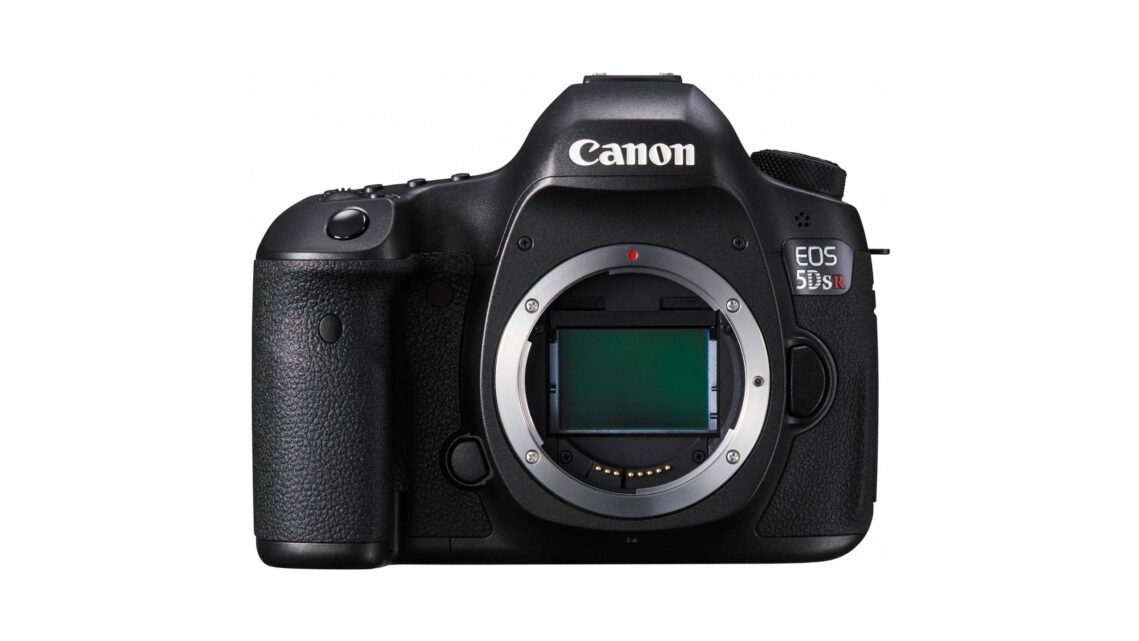 In February 2015, Canon released what I think is the best architectural camera made so far. Almost 5 years on and this camera is a little long in the tooth but in my view still the best camera you can buy for this specific type of photography. I’m aware some of you may want to point out the Sony options or Fujifilm medium format cameras, but, nothing comes close to how good the Canon 5DS R is.

This is not a subjective point, the 5DSR is faster and easier to use. One of the things that always tends to grind my gears with regards to mirrorless cameras right now is just how slow they are even when it comes to the most basic operations. The latest Sony cameras take just a little too long to start up, and Fujifilm medium format cameras feel like they take forever. You hit the switch on the 5DS R and it’s already on and ready to go. Even regular operations with Sony just seem to be sluggish in comparison the the Canon.
I’m sure there may be some explanation as to why this is the case but that doesn’t really help when it comes to real world use. Fact is that most, if not all current mirrorless cameras are still slower.

Nothing annoy me more than a camera that slows me down when I’m trying to shoot a project. I like to work at the pace that I set, not what my tools limit me to and the 5DS R keeps up every time. This is especially noticeable when having to re-start the camera or I’m trying to work quickly to beat fading light.

Ease of Use, UI/UX

Fujifilm and Sony cameras have the worst menus I have ever used. Most people seem to think that Sony is worse, but I can tell you from extensive experience that Fujifilm has by far the worst, most terrible menu system that I’ve ever used. Almost nothing makes sense in a Fuji camera’s menus and it’s such a pain to shoot with them. Fujifilm is to the camera industry what Argos is to the retail industry. Every other retailer chose a method that works and Argos thought, no, we’ll do something different, because we can – A focus group or putting this camera in the hands of working pros and listening to feedback would have averted many of these issues.

Canon, on the other hand, is the easiest most simple camera I’ve ever had the pleasure to shoot with. Some of you may want to mention how this is only because I’m more used to shooting with Canon and that’s not actually true. I shoot with my Sony and Fuji cameras far more than I do with my Canon cameras. the 5DSR that I own is only ever used for contract work whereas my Sony and Fuji cameras are used on a daily basis. No matter how long I’ve been using Sony and Fujifilm, their menu system is still terrible every day and it’s always nice to go back to the intuitive user experience of Canon. Canon may have their issues (don’t get me wrong, it’s not a PERFECT camera), but they are the undisputed master in usability.

The reason why this matters is because when I’m working for a client, the 5DSR never gets in the way of what I’m trying to do. The menu system and buttons are so easy and so simple that I can just get on with the actual work without delay or hesitation.

I’m aware that you can adapt lenses onto mirrorless cameras, however, they never work as well as they do on their respective native mounts. For this reason the Canon 5DSR is the best camera you can buy for architectural photography. The high resolution sensor produces some of the most detailed and high quality images; especially when coupled with Canon’s tilt-shift lenses. No other manufacturer produces lenses quite as nice as Canons lineup of tilt-shift lenses. Nikon comes close, but they’re just not quite there. This is essentially the reason as to why the D850 isn’t the best camera you can buy for architecture.

Companies like Sony and Fujifilm don’t offer any native tilt-shift options and adapting is mostly a pain. It’s far too unreliable in a professional setting because there are too many occasions where the camera won’t register the lens, or the camera will crash or certain features become unresponsive which has been frustrating to me in a professional setting. Not to mention the fact that image quality suffers when adapting. On a Sony camera the corners and edges of the frame appear softer and on Fujifilm the lenses demonstrate visible distortions. Having distortions in your image negates some of the most important benefits of a well-made tilt shift: their lack of distortion!

When you’re looking at a camera, it’s important to consider the whole system and not just individual features. Canon have the best overall system for architectural photography because the 5DSR is easy to use and the lenses are the best on the market.

Canon cameras have more accessories and are more compatible with those accessories than any other manufacturer on the market. The Camranger is a perfect example of this. If you don’t want to spend too much money on a Camranger then you can simply buy the mini version or the original off of ebay for a hundred bucks. It works flawlessly tethered into Lightroom or CaptureOne. You don’t need to upgrade and pay more money to buy the latest version in order to make sure your camera is compatible. Sony and Fujifilm have only recently been put on the list and their wireless solutions are mediocre at best. Even now after they’ve been confirmed to be compatible with the CamRanger2, Fujifilm and Sony have more issues in every day use than Canon and Nikon does. This is due to the workaround that had to be implemented to tether as the Sony and Fuji APIs do not allow access to files the same way that Canon’s does.

Of course I expect this to change and improve but as of right now the Canon 5DSR just offers the best all round experience when it comes to usability and image quality.

The Sony a7R IV is a better camera in almost every regard when it comes to image quality (or even basic specs, for that matter). It has a higher resolution sensor, better dynamic range, better video features, better autofocus, I mean it’s just an incredible camera. And yet, the 5DSR is still a better option.

I’ve never been in a situation when shooting architecture where I wished for an extra stop of dynamic range. I have however, appreciated how easy it is to shoot with the Canon. Dynamic range may be overrated for architecture because you can always take an extra picture, wait for better light, or add flash to bring up shadows.

The raw specifications that Sony has over the Canon are great and extremely useful for many or even most types of photography; they’re just not as useful when it comes to shooting architecture. For architecture I find that it’s more important to have a fantastic lens and rely on that for the image quality rather than aspects like dynamic range or a few extra megapixels. Unfortunately no other manufacturer has good enough tilt-shift lenses that compare to the ones available from Canon.

The Canon 5DSR is still an incredible option for architectural photographers. In my view it remains the best option on the market for this niche, despite not being the best camera on paper. I am looking forward to seeing how this camera evolves with future updates, but it’s still a great buy even today.