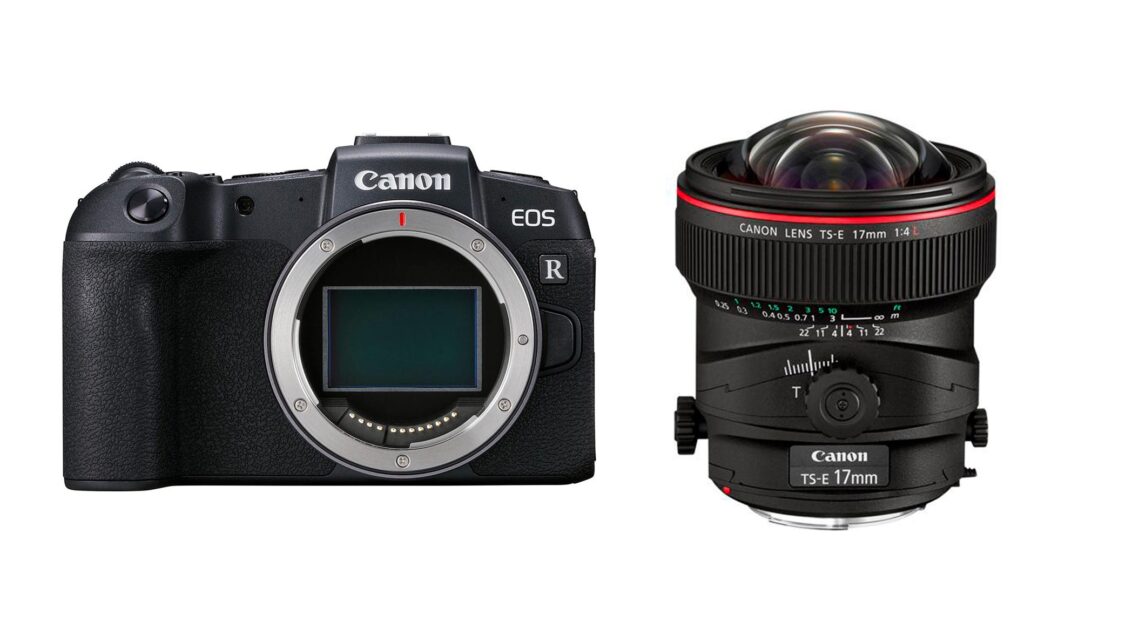 Most of my reviews and articles tend to be about the “best” cameras and gear; I’m all about high-resolution and super sharp lenses. Honestly, for many of us including myself, the “best” doesn’t really matter that much anymore. In more recent times I’ve been more conscious about my expenses and as a result, the camera that keeps coming up on my radar is the Canon EOS RP.

When it comes to underrated equipment, The Canon EOS RP is quite high up on the list. This entry-level camera is essentially a rehash of the Canon 6D Mark II; the sensor in this camera didn’t receive the best reception when it was first released and for good reason. Dynamic range is pretty poor, the low light performance isn’t the best and the name of the camera is just unappealing. Based on that, how could I possibly recommend this camera?

The price of this camera is incredibly reasonable. It’s priced so low that I considered buying one just for the hell of it; the camera is retailing brand for less than $1,000. That’s less than many premium APS-C options currently on the market; and this is a full-frame camera.You can buy the EOS RP with a quality zoom lens for less than $1,900. This was nearly unimaginable as recently as five years ago.

Cameras like the Fujifilm X-T4 and Sony a6600 cost noticeably more than the EOS RP and they are APS-C cameras. Even the Sony a7 III is almost double the price compared to the RP but it definitely does not offer double the benefit; especially not for architectural photographers. If Anything The EOS RP is a more ideal option due to its slightly higher resolution sensor. Admittedly the differences are negligible in real world shooting, but still, it’s half the price with more resolution.

Considering the price point of the EOS RP, the main alternatives are smaller sensor, APS-C cameras. For many other types of photography this would be fine. If you shoot portraits, weddings, events and even sports photography, an APS-C camera can offer some notable benefits.

For architecture, although you can obviously get by with an APS-C camera a full-frame camera is a better option. This is not about image quality, or anything in that regard. It also has very little to do with depth of field. The reason why a full-frame camera is a better option for most architectural photographers is because of the ability to use the entire field of view from popular tilt shift lenses. Tilt shift lenses are integral to architectural photographers and by using them with an APS-C camera, you’re introducing a particular difficult handicap on yourself.

When you shoot with a 24mm lens on an APS-C camera, the field of view will be similar to a 35mm lens on a full-frame system. Essentially, you lose a lot of the wider perspective which is extremely valuable for architectural photographers. If you’re shooting interiors or you’re photographing an exterior from relatively close, this makes things a little trickier. With a full-frame camera you can always crop into an image for a different composition. You can’t however, crop out of an image or get a wider perspective than what was initially shot.

Also, some of you may want to point out the fact that you can create panoramas to match the field of view and sure, this is an option; but it’s also an option for full frame (and also a massive pain in the ass if you shoot with any type of volume). It’s easier to get a wider perspective with a full-frame camera meaning you have less work to do and the EOS RP is cheaper than many premium APS-C cameras.

Most photographers tend to agree that Canon is one of the most user friendly camera systems on the market right now. Canon is one of the very few companies that offers a proper flip-out touch screen. This is extremely useful when you’re shooting on a tripod because you can move the screen to the angle that works for you, especially if you are contorted into a weird position in a corner or against a wall. The touch screen allows you to quickly tap in to check focus and you’re not having to fiddle with buttons.

Wireless shooting is another benefit of Canon cameras. If you’ve ever tried to shoot wirelessly with a Fuji or Sony camera you’ll know how much of a pain it can be. With Canon it’s just a lot easier. For example, Sony limits the touch screen options on your tablet or smartphone when wirelessly shooting, but Canon does no such thing. It’s these little things that make a huge difference when shooting with a camera. Of course a Camranger or AirDirect would be the ideal option when tethering wirelessly, however, if you’re on a budget then the wireless option in the EOS RP are sufficient.

There are plenty of options currently on the market now for great video features. There is however one thing that Canon has over the competition and that is Dual Pixel autofocus. Of course, if you’re shooting with manual lenses then this may not be of any benefit to you, however, if you don’t then Canon has the advantage here.

Video is valuable service to offer clients and The EOS RP has some great features in that regard. Most clients are still operating with Full-HD so 4k doesn’t really matter, although the RP does offer 4k video features too. Once again, the flip out touch screen and the incredible autofocus make more of a difference in real work shooting. Sure, 10-bit and 4:2:2 would be great but honestly it doesn’t matter that much, especially considering the fact that most videos end up on YouTube.

The wireless options are even more effective with Canon when it comes to shooting video. You can use the touch screen to control to focus which is something you can’t do with Sony. Canon is practically a better option and it’s much cheaper.

I’ve said this before and I’ll say it again, Canon have the best tilt-shift lenses currently on the market. These lenses work extremely well with Canons mirrorless system.You could potentially save a lot of money by buying the EOS RP and then spend what you save on high quality lenses. You end up with a full-frame system with some of the best tilt-shift lenses on the market. Ultimately, the lenses make more of a difference and having high quality optics is extremely useful.

The other brilliant feature of Canons mirrorless system is that fact that you can use adapters with drop-in filters. This means you can easily use ND and polarizing filters with all of your tilt-shift lenses including the 17mm TS-E.

It’s important to mention that as much as I recommend the EOS RP, it’s not a perfect camera. The battery is pretty poor and this means that it would be advisable to carry a bunch of them for any shoot. Personally, I don’t think it’s a huge issue considering what you’re getting for the price, and the fact that most of us are carrying around a bunch of the larger LP-E6 batteries anyway.

The other major downside to this camera is the infamous single card slot. This is a big deal for many including myself. I think having an immediate backup is important and it provides a deal of peace of mind. There are ways around this, like you could use something like a Gnarbox or a portable SD card back up drive while shooting, but, this then increases the amount you’re spending and it’s a bit of a hassle.

The other workaround is that if you’re shooting with a Camranger or wirelessly, you can save files to your smartphone or tablet. This offers you a backup and doesn’t need to cost anything or a great deal more. Something like a Camranger mini isn’t extremely expensive and seems to do the trick.

If a single card slot doesn’t bother you then that’s perfectly fine, I just think it is an important enough issue to point out to other photographers.

The Canon EOS RP is such great value for money that even if you’re an seasoned professional, it probably wouldn’t hurt to have one as a backup. This full-frame camera offers a great deal for many photographers. It’s easy to overlook it because there are so many better cameras available, but the thing is, these better cameras cost significantly more and if you’re going into business, the aim of the game is to make money, not spend it.

If this camera had come out when I was in the market for a new system, it would have been a smart move for me to purchase the EOS RP instead of the 5D Mark IV.

Bottom line: this is a highly underrated camera that I think more photographers should consider.