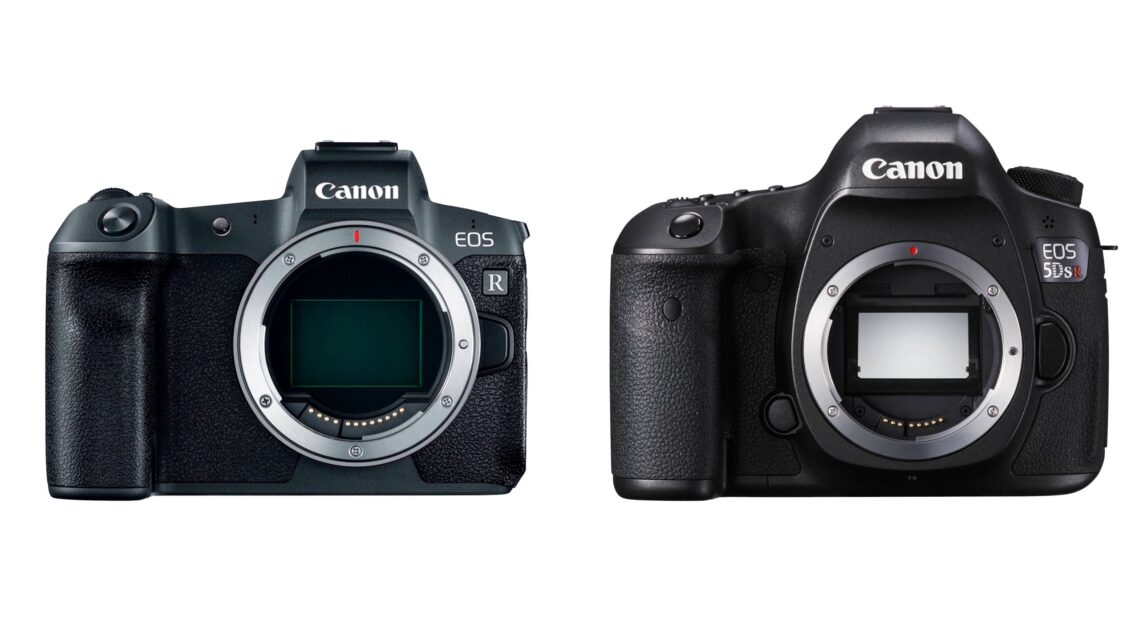 As you may know, I’m not shy about megapixels. For architectural photography, I prefer more resolution over less. There are several reasons for this and it’s mostly down to flexibility; with a higher resolution camera you have more flexibility when it comes to post production, printing, cropping, and scaling. For this reason if Canon ends up producing a 150mp mirrorless camera, I think it would be the perfect option for architectural photographers.

Recently, Canon Rumors suggested that Canon may be working on producing a 150mp full frame camera. This has not been confirmed in any way, however, it did get me thinking.

As of right now, if you want a super high resolution camera, the maximum (of 150mp) is only available with a Phase One camera system. These camera systems come at a great cost and tend to be rather impractical for many shooting environments. In-fact, medium format camera in general tend to be less practical options for most types of shooting, including architecture. This is one of the reasons I try and avoid shooting with these types of cameras and mostly prefer shooting with the Canon 5DS R.

Unfortunately, the 5DS R is a little dated by today’s standards and does need an update. Most camera manufacturers are now moving onto to mirrorless systems, so, it makes sense that Canon would potentially produce their next high resolution camera using the RF mount.

Why This Rumor Could Be True

Almost 5 years ago, Canon unveiled a monstrous 250mp APS-H sensor. This sensor type is much smaller than full frame. The crop factor of this sensor is 1.3x, making the sensor larger than APS-C but still smaller than full-frame. You have to remember this was unveiled all the way back in 2015 and people asked how this would benefit the photography industry. Well, maybe this rumored 150mp sensor is a product of this research and development. It’s not a huge leap to think that Canon has worked out any potential issues and developed a production ready sensor.

In the video above, you can see some of the benefits of using such a high resolution sensor. Being able to pick out details in buildings that are 13 miles away is simply incredible. Clearly, Canon is capable of high resolution sensors and the latest rumor is for a much larger sensor with much lower resolution in comparison.

A New Rival to Medium Format

Every time a new high resolution full-frame camera is released, comparisons against medium format are inevitable. This is not necessarily a bad thing because I personally enjoy doing it myself (as many of you know!). Resolution is one of the main, objective advantages that medium format cameras have over other smaller formats and I don’t think anyone is going to argue with that. Some people like to make the argument about the “medium format look,” or extra depth or even shallower depth of field due to sensor size; but for the most part, the difference is resolution. Another useful advantage that some medium format cameras have is more color depth which does make a difference for some photographers but as the technology gap closes I imagine this advantage will slowly be negated as well.

The larger sensors in medium format cameras can accommodate more pixels, making it easier to produce high resolution cameras. If Canon has managed to produce a sensor with 150mp, then they may be able to leapfrog several medium format systems currently on the market.

Finally, this potential camera from Canon will likely be significantly easier to shoot with than any current medium format system on the market. This is especially the case for things like tethering and having “native-ish” tilt-shift lenses.

Although the long running EF has not been discontinued (and shouldn’t be anytime soon) the RF mount does have a lot more potential. First of all, you can adapt any EF mount lens to the new mirrorless system quite effectively. Canons dual pixel autofocus systems seems to do a great job even with older lenses. Of course, if you shoot with tilt-shift lenses then autofocus isn’t an issue and adapting won’t be a problem. The second reason, which I think is more useful for architectural photographers is the fact that you can use drop-in filter adapters. This is one of the most incredibly useful features that Canon has produced. Even with lenses like the TS-E 17mm f/4.0L you can use finally use filters without needing ridiculous holders attached to the front.

If you couple this kind of system with a super high resolution sensor, you potentially have the best camera on the market for architecture.

A lot of people like to point out how full-frame lenses aren’t capable of rendering all the pixels in super high resolution sensors. In my experience and side-by-side comparisons I’ve found that this is not at all true.

First of all, the whole perceptual megapixel concept is flawed because it’s completely arbitrary. There is currently no way to determine what a perceptual megapixel in terms of scale or measurement. When companies say their lenses are rated up to such and such megapixels, it means very little.

A good example of this is how Hasselblad described their “Orange Dot” N lenses as being capable of rendering 100mp. This included the 150mm f/3.2 N lens. I compared that to the Canon 100mm f/2.8L macro lens and the Canon, even with it’s paltry rating of 24pmp, was significantly sharper than the Hasselblad. This isn’t a point against Hasselblad, instead, the point is that perceptual megapixels are mostly nonsense. Also, I should mention that the latest lenses Hasselblad has produced for the X1D system, are wonderful and some of the best I’ve tested.

The other thing to remember is that Canon tilt-shift lenses are incredible. The latest L lenses are ridiculously sharp and produce lots of detail. In comparison that I’ve done, the TS-E 24mm f/3.5L beat the Rodenstock 40mm at equivalent apertures. I’m pretty certain it’s sharp enough to manage the resolution of a potential 150mp sensor. Canon absolutely has the lenses to keep up with super high resolution sensors.

Consider the Phase One XF IQ4 150mp back. This sensor has a pixel pitch or 3.76μ. Compare that to the Canon 5DS R which has a pixel pitch of 4.14μ.. Regardless of this, the Phase One produces much better quality images, has better low light performance, and even better dynamic range. I can appreciate that this is somewhat of a silly comparison, but, the point I’m making is that many other variables tend to take precedence over pixel size.

I do understand the importance of pixel sizes and such, however, it’s not as simple as to say, smaller pixels are bad. It depends on a lot of different factors. As technology has improved, companies have been able to produce cameras with higher resolutions, while also improving other features like dynamic range and even low light performance. Based on this, it’s not a huge leap to assume that Canon as a company could make a super high resolution sensor work regardless of small the pixels are.

Is This Even Practical?

The two biggest downsides for having a super high resolution camera are storage and computing power. For most people, a super high resolution sensor is not at all practical. I don’t expect a huge number of wedding photographers to get in line for this type of camera; but this isn’t the case for architectural photographers. Most of us don’t shoot thousands of images per building. We may have lots of layers per composition, but this still doesn’t equate to the numbers that some wedding, sports, and events photographers rack up. For this reason, storage for these kinds of files is not a huge concern.

Even if you are shooting lots and lots of images per shoot, the cost of storage has dropped so significantly that it honestly doesn’t matter as much as it did five or ten years ago. Other than maybe a few extra sticks of RAM, most people probably won’t need to make any significant upgrades, especially if they’re already shooting with current high resolution cameras.

For photographers that need or want a low resolution full frame camera, there are plenty of options currently on the market. Higher resolution cameras on the other hand either cost far too much or are somewhat impractical. For this reason, if Canon does produce a 150mp mirrorless camera, it would be extremely useful for a lot of architectural photographers.

What are your thoughts on such a camera?