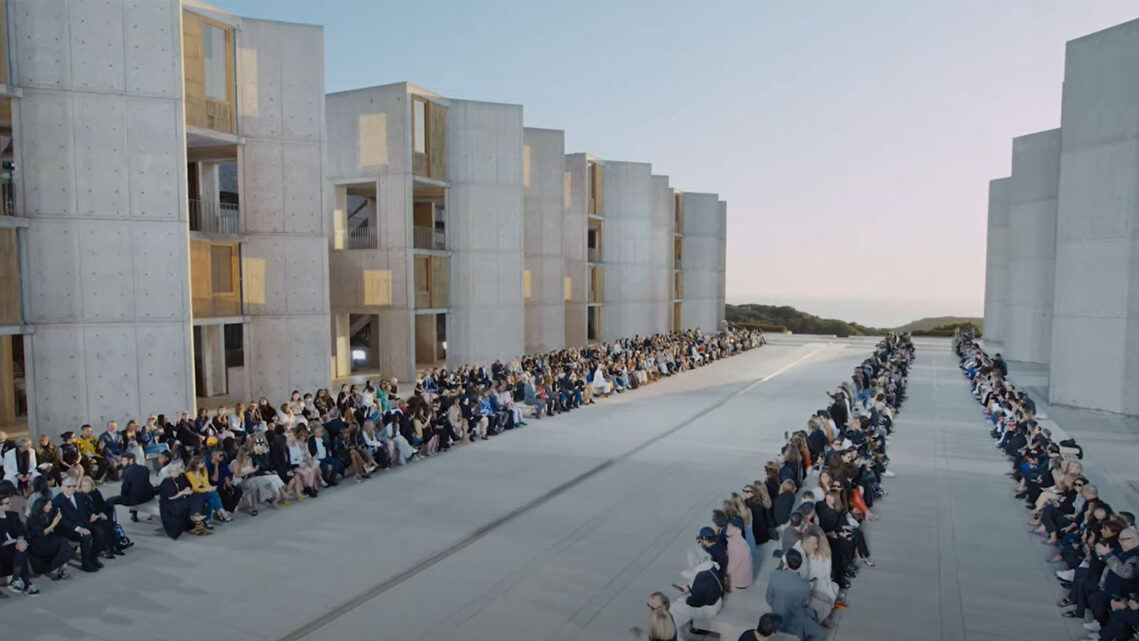 ‘Having spent a lot of time in California, I was drawn to the idea of showing there again,’ said Nicolas Ghesquière. ‘The Salk Institute has been a place of wonder for me over the years and Louis Kahn’s stunning Brutalist architecture against this extraordinary setting of the Pacific Ocean and the California sunset provides me with endless inspiration. It also celebrates intelligence, knowledge and the belief in the power of science.’

As an admirer of Kahn’s work since my time in architectural school, I feel there is certainly an awkward tension found here in the juxtaposition between the world of fleeting fashion and that of timeless architecture.  On the one hand, we have a fashion industry where seasonal trends come and go.  And on the other, we have the Salk’s lasting architectural legacy that has endured for over six decades.

Sacrilege or the ideal backdrop for Louis Vuitton’s artistry and imagination?  You be the judge.