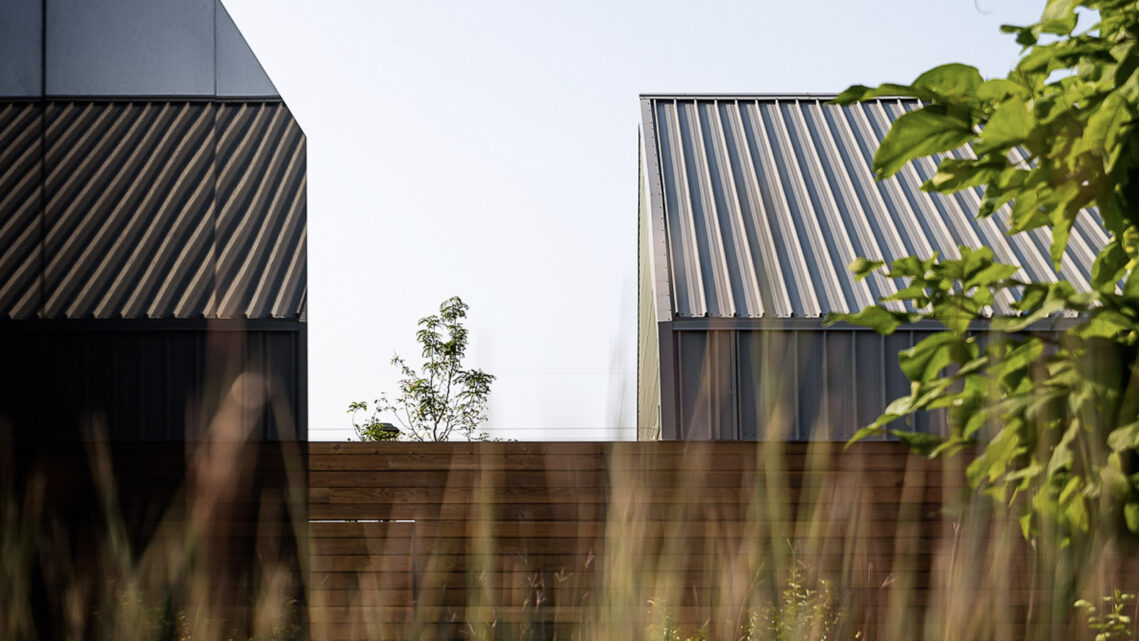 Meet my new friend, Louisville Kentucky based architectural photographer Justin L. Jordan! Justin’s lovely work sports a cleanness and crispness that I admire. While this project itself is different from the majority of his portfolio – which includes a healthy dosage of residential projects, interiors, and glossy renditions of corporate offices and buildings – Justin’s shoot for Louisville’s Waterfront Botanical Gardens fits perfectly in his body of work. There’s the same thoughtful compositions, beautiful directional lighting, and a tidy but restrained post-processing style that works beautifully here.

The main focus of Justin’s assignment at the Waterfront Botanical Gardens was the Ellen T. Leslie Classroom Building by EOP Architects. He tells “I actually had my eye on this project for a while before I was hired because I love gardens. When I saw the renderings and the direction they were going with the architecture, I really wanted to be a part of it. I was randomly contacted by EOP Architects in July 2021 to see if I was interested, and I could hardly believe it.”

“The shoot happened in August and it happened to be one of the hottest days of the year. I think it was like 93 degrees with high humidity, and most of what I was shooting was outside. I was so thankful to be a part of this project, I didn’t even care,” he says. If you’ve ever been in America’s east south central region, you know the exact oppressive weather he is talking about.

He continues “I think the hardest part was that the architect wanted a lot of people in the photos, but there weren’t a lot of people there because of the heat. So much of the day was spent just waiting for someone to walk by. I was there from open to close, about eight hours total. I also forgot to wear sunscreen, so I was burnt to a crisp!”

All of his waiting (and burning) paid off though. Including people in these scenes brings a sense of life and shows the intended usage of the buildings within the garden. I love the cheerfulness of the next shot. There is also the feeling that we are really there in the garden, waiting our turn to pass through the doorway.

Justin shared with me that on his scout trip to the gardens, the architect from EOP really mused on the fact that their “goal was to fit the building into the landscape in a way that almost made them disappear.” This informed the way Justin photographed the project, putting emphasis on the foreground elements (aka flowers) and showcasing the structure in its surroundings.

After capturing the more conventional shots of the structures, Justin commits even further to documenting these spaces in the midst of the foliage of the garden. Allowing the building to peek out of the layers of plants and grasses in the foreground helps translate this even more dramatically for us. We pick up on the similarities in shapes and color – the way the slats on the roof and siding echo the lines of the grasses, and the colors of the leaves are mirrored by the colors on the building.

Next up is Justin’s favorite image from the set, and mine as well. I appreciate it for its reductive graphic quality. It feels angular and abstract. I asked Justin what he liked most about it, as well as how he set out making this photograph. He shares, “A lot of the compositions were kind of my go-to angles to showcase the structure, but the fun really started when I got out of ‘safe mode.’ I did something I almost never do and took the camera off the tripod. It was liberating.

I put a longer lens on my camera, got down on the ground (literally on my stomach), and just started aiming until I saw something that made me excited. I love the tall ornamental grasses in the foreground, the color palette, and the reflection of the building on the black granite. These were the shots that I felt really accomplished what the architect wanted.”

A huge thank you to Justin for sharing this project with us here at APA. The mix of architecture and landscape is just lovely, and he did such a stellar job at communicating the architect’s desire to have the structure mesh with its surroundings.