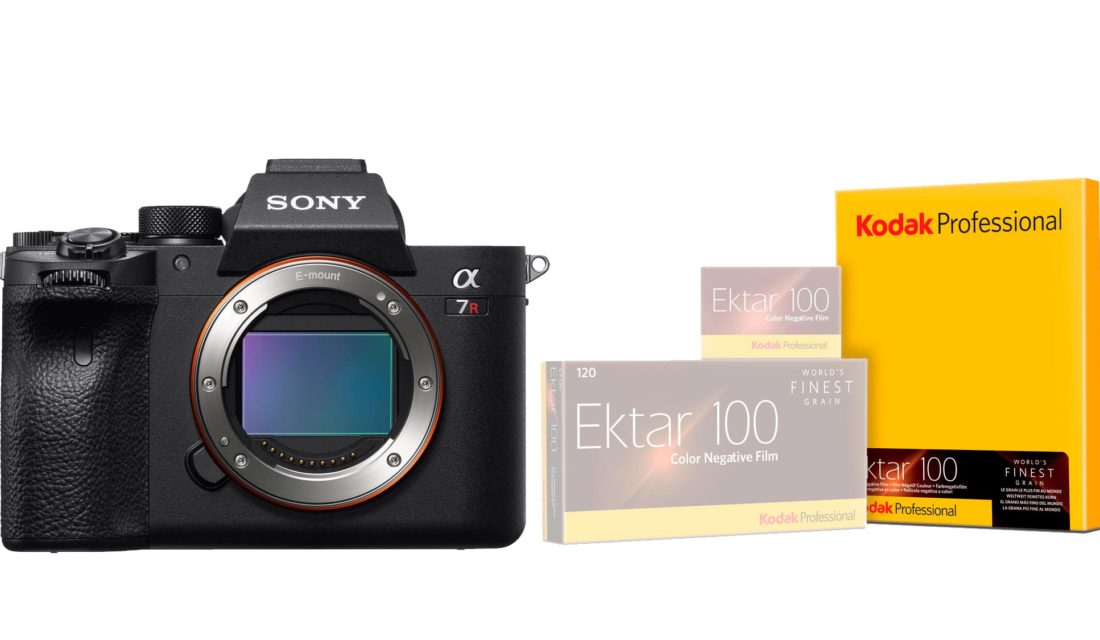 I can appreciate that many of you may assume I’m simply trying to trigger photographers with this article and its “clickbait” title. That is honestly not my intention because I firmly believe in what I’m about to discuss and I’m going to explain why I think what I do.

The other thing a lot of photographers tend to say is that megapixels are overrated and X number of megapixels is more than enough for most. A lot of photographers have a number in mind as to how much resolution they are happy with; 24mp seems to be the sweet spot for many photographers. What I would argue is that many of these photographers may change their mind if they shot some of their meaningful projects with higher resolution cameras. Once you shoot with a camera that has 100mp or more you may start to appreciate the benefits.

Not long ago, the highest resolution sensors were 4mp. Images from those cameras haven’t aged very well and technology has moved on very quickly. Currently, a 24mp camera sensor doesn’t have enough resolution to accommodate an 8k screen. I can appreciate that it may take quite some time before 8k screens become a common thing for most people; many people still use plain old 1080p resolution screens. The thing is that photographers and creatives don’t really operate within the common ‘vernacular’ realms of technology. Many of us operate by producing incredible images that require large prints or get heavily cropped by clients. Many high-end architectural photographers shoot with medium format because they need that extra resolution, especially for more demanding clients. We use these types of equipment because most of us appreciate (even if subconsciously) that the technology we use and equipment we have should never be the factor that limits our creativity or work. There are several images that my clients have printed recently that were too large for even the Canon 5DSR. The demands and requirements from clients continue to move ahead and higher resolutions are inevitable. Of course, I don’t recommend that you constantly chase after technology but it’s important to appreciate that the highest resolution camera we have today will be outdated soon enough. Remember when we all thought the 5d Mark II was insane?

Many of us architectural photographers tend to edit our own images. It’s probably because we’re all secret control freaks and want our images to look exactly the way we want them to. In my experience, it’s always easier to edit higher resolution files than it is lower. This is because with higher resolution images you can get deep into the detail and edit properly and correctly. The argument against this would viewing scale and how the minor details won’t be noticed, however, it’s not about what other people see but what we see ourselves. We don’t edit images just for other people, we also need to be satisfied with the results and higher resolution images gives us more flexibility to edit.

When you’re zooming into a low-resolution file it’s difficult to get to the small details and edit properly. With a high-resolution file, it’s far easier to zoom in and properly edit all the fine details you want. This is not a minor issue in my view and I believe it makes for a much easier and more pleasant experience.

Scaling is also another huge benefit of high-resolution cameras. It’s much less effective having to scale images up than it is to scale images down. Even if your final product requires a lower resolution file you’ll end up with a much sharper and cleaner file if you scale down from a higher resolution file. The Canon 5DSR, for example, isn’t known for it’s low-light and high ISO performance; however, if you scale down images from that camera to around half, you’ll be able to produce files that are noticeably more detailed and with comparable if not lower noise than most current 24mp cameras.

The other reason higher resolution files are better is that it allows clients the flexibility to crop effectively for their requirements. I’m sure I don’t need to explain the benefits of this one. Finally, you have more flexibility when it comes to printing larger files.

Digital Sensors Are Still Not Quite There yet

Currently, the highest resolution full-frame camera is the Sony a7R IV with 60mp. If you move over to medium format you have access to cameras like the Fuji GFX with it’s 100mp sensor. Above that is the Phase One IQ4 with the 150mp back. Those cameras sound like they have more resolution than you could ever need but I would argue digital cameras are still far from what film used to offer. A 6×9 film back, for example, would be somewhat equivalent to a digital sensor with more than 200mp worth of resolution. In fact, you could probably produce even higher resolution files if you wanted to. A large-format camera, on the other hand, would be somewhat equivalent to more than a gigapixel in digital terms. In essence, people who shot film had access to image sizes that dwarf any current commercially available digital camera. I understand this is somewhat of an odd comparison but consider what large-format cameras offer right now versus digital cameras. With an 8×10 film camera, you can produce scans that are significantly larger than any digital camera. Producing a two gigapixel image from an 8×10 film camera isn’t at all difficult. Of course digital cameras have many advantages over film, however, in terms of sheer resolution, digital cameras are still far behind. What many seasoned professionals were used to with film is simply not available with digital cameras.

Pixel size is one of the main arguments used against high-resolution cameras and this is complete nonsense. If pixel size was such an important factor that determined better quality images then a camera like the Canon 5D Mark III would be significantly better than the Fujifilm GFX 100. That, of course, is not the case and we know that the GFX is a better camera in pretty much every regard. Pixel size determines absolutely nothing when it comes to knowing how good a camera is going to be. Every time a new camera has been released the sizes of pixels have continued to become smaller yet the image quality from these cameras have continued to improve. The trend is definitely against the pixel size arguments.

The point that gets lost in these discussions is about sensor technology. The Phase One 150mp back has slightly larger pixels than the Fujifilm GFX 100. Both of these cameras are current-gen when it comes to technology however on several comparisons online you may notice better image quality coming from the GFX. How could that be the case if pixel size and sensor size make all the difference? The reason is that pixel size and sensor size are two very small factors which determine how good a camera actually is. If a camera manufacturer can produce cameras with smaller pixels but better technology, then you’ll probably have a better camera.

The reason why the 60mp sensor in the a7R IV isn’t enough is primarily due to what else is on the market. Take the 5DSR for instance. Sure, it’s not a great camera now in comparison to what else is on the market due to its low light and dynamic range. Having said that if we’re discussing just resolution then the differences aren’t significant. For architecture, low light performance and dynamic range are highly overrated. I’ve never shot with the Sony a7R III and thought wow this is so much better than shooting with my 5DSR. This is purely because I’d rather bracket instead of recovering files in post. Recovering files in post leave the images looking flat and honestly, it doesn’t offer much control on the look and feel.

Regardless of personal preferences, the point I’m trying to make is that the difference in resolution between the a7R IV and previous cameras isn’t huge. It’s a minor update at best when it comes to resolution. If you’re shooting with the a7R III already then you will not see a significant improvement in detail. The reason I say this is because when you shoot with a 50mp camera and then shift over to a 100mp camera you’ll notice a little difference in detail. In real-world use, doubling the resolution isn’t really that significant. Sure, it’s noticeable, but it’s not significant by any means. The difference in resolution between the a7R III and IV is about 45% which again is noticeable, but not significant by any means. For an increase in resolution to be significant enough, it needs to be at least three times greater. Admittedly the increase is better than what was previously available, however, the march of technology in this particular area has been rather slow.

When you have smartphones with the ability to produce decent quality images beyond 50mp, you start to question why “proper” cameras are developing at such a slow rate. The incremental updates from manufacturers continue and Sony has taken a big step back when it comes to new developments and upgrades. Since the a7R II Sony hasn’t done very much when it comes to new cameras. All of their new releases have been minor updates at best. Resolution is an area where smartphones are making leaps whereas actual cameras are taking baby steps.

Higher-resolution cameras are extremely useful, not just because of all the detail but because of the incredible flexibility afforded by them. Many of you may disagree with me about resolution but I firmly believe that we will start to see cameras beyond 200mp soon. Remember, that film cameras had equivalents that are far greater than what we currently have available with digital! Imagine having even just 10% of the two gigapixels available from large format cameras – I don’t think we’re that far off.