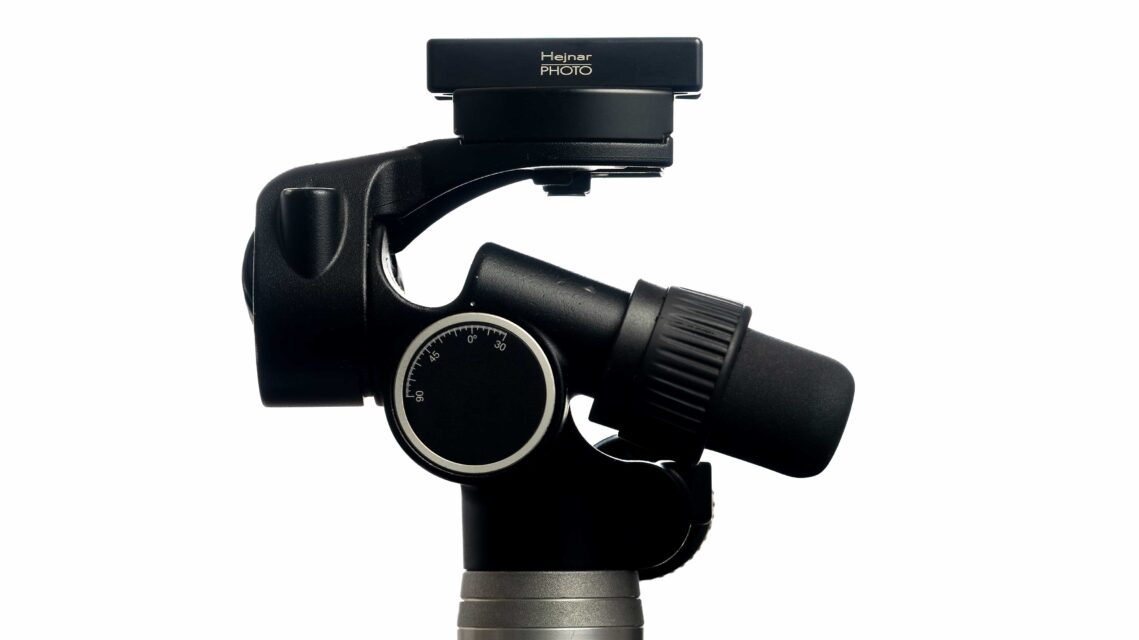 When it comes to geared tripod heads, the more popular options on the market are from Manfrotto. The Manfrotto 410 and 405 heads are go-to options for many architectural photographers, mostly due to them being great value for their price. Even I started with the 410 and then moved onto the 405 head, and personally love the heads I currently have. The only thing I never quite liked about Manfrotto was their use of proprietary mounting plates.

Why I Dislike the Manfrotto Mounting Plate

There are several reasons why I dislike the Manfrotto plates, the first being their size. The mounting plates that come with the 405 and 410 heads are huge. I understand they may offer some benefit, but they’re ridiculously large. It’s almost comical in size and this causes a number of problems.

First of all, it’s difficult to shoot handheld with a camera when you have such a massive plate attached to the bottom. Even with DSLR cameras, the ergonomics are thrown completely off. This may seem like a minor problem, but it does get in the way. Many times when I’m shooting, It’s easier for me to pick up my camera and find the composition without using the tripod. Having to attach and detach tripod plates every time I want to pick up my camera is inconvenient.

The second reason is that accessories that utilize the 410PL plate need to be even larger in order to accommodate everything. The perfect example of this is the Manfrotto L-Bracket. This clown shoe sized, behemoth of a bracket is one of the worst accessories I have ever used. Attaching it to the Canon 5DSR made the whole camera expand to a size that made it somewhat unwieldy. Not to mention the weight of the bracket, it weighs 399g which is about half the weight of a full-frame DSLR camera.

Finally, it’s one of the least compatible mounting options on the market today. This is even the case with Manfrotto and it’s own line of tripod heads. Proprietary mounts are extremely limiting and these are some of the main reasons why I thoroughly dislike the Manfrotto mounting plate.

Why the Arca Mount Is Better

There are several reasons I consider the Arca mounting plate to be a better option. The first reason is obviously the size. Most Arca mounting plates are significantly smaller than the ones Manfrotto has for their geared heads. This effectively negates many of the problems that the 410PL plates have.

Hand holding a camera with an Arca plate attached is much easier and L brackets are significantly smaller and lighter. The weight difference is relatively huge – for example, the RRS L bracket only weighs 66.9g, which is a fraction of what the Manfrotto L bracket weighs. The heaviest L bracket I could find on the B&H website was 111g which is still much lighter than the Manfrotto option.

Finally, the Arca mount is far more compatible than the Manfrotto options. I can use the same plate across a wide range of tripod heads and manufacturers. This also means there’s greater competition and you can purchase L brackets at much lower prices. The most expensive option I could find was once again, the RRS L Bracket, and that’s still cheaper than Manfrotto’s offering.

One of the major advantages that the Manfrotto option has over the Arca heads, is the quick-mount feature. This spring-loaded mechanism allows you to quickly mount your camera on to the tripod head. When you remove the plate, the spring is loaded and locked in place. As soon as you place the plate back on the head, the tension is released and the plate is locked in place. This is a brilliant feature and lots of photographers prefer the Manfrotto option because of it. Unfortunately, in my experience, it hasn’t been very durable.

This could be a matter of personal mileage, however, I’ve had more Manfrotto mounting systems fail on me than Arca. In fact, one failed right in the middle of a shoot and almost caused one of my cameras to fall. There are videos available on YouTube which demonstrate how you can fix the Manfrotto quick-lock mechanism, but I’d rather have a tripod head that doesn’t fail in the first place.

Many of the Arca mounting heads are extremely simple in design and in turn, have fewer points of failure. This potential for failure in the Manfrotto locking mechanism was one of the keys reasons I made the switch. Since then, my cameras lock in and feel far more secure than when they were attached with the Manfrotto quick locking mechanism.

When it comes to converting your tripod head, it’s actually pretty straight forward. The main reason for this is because the Arca mounting system is — again — really simple in design. The video above demonstrates precisely how you can convert your Manfrotto 410 geared head to accept an Arca mount plate. For the most part, it’s a simple matter of unscrewing the old system and then attaching the new one. There’s nothing overly complicated required and most of the tools are supplied when you purchase the Hejnar F63 Clamp.

This was something I was a little concerned about before I received mine in the post. Once I opened the box, all of those concerns were quickly dispelled. The build quality is simply excellent. Everything feels really solid and well built; like it could comfortably last for decades without any problems. The main locking knob is available in several sizes and you can select your preferred option, by mentioning it in the order comments section. The standard size, however, is large enough and the textured finished makes gripping it extremely easy.

The main section of the clamp is made of anodized aluminum and the extra built-in bubble level can come in handy in some situations.

Even after years of use, this clamp has continued to feel like a premium product. There are no sections that have needed tightening, fixing, or adjusting after the initial install. It has been pretty much perfect. I bought mine in 2016 and after years of regular use, this clamp continues to operate as it did when I originally bought it.

Ever since I “upgraded” my Manfrotto tripod mount, things have gotten easier. All of my tripods use the same plate now which makes things a heck of a lot simpler. This has had a noticeable impact on my workflow because I can use several different kinds of tripods all with one type of plate.

The size and weight have also made a difference to me. Personally, I prefer to carry the least amount of gear I feasibly can to any shoot, and weight is a big factor.

Ultimately, I highly recommend doing this conversion. Most architectural photographers will probably start off by buying a Manfrotto tripod head, and converting the Manfrotto mounting plate to an Arca plate makes the Manfrotto head an even better option.