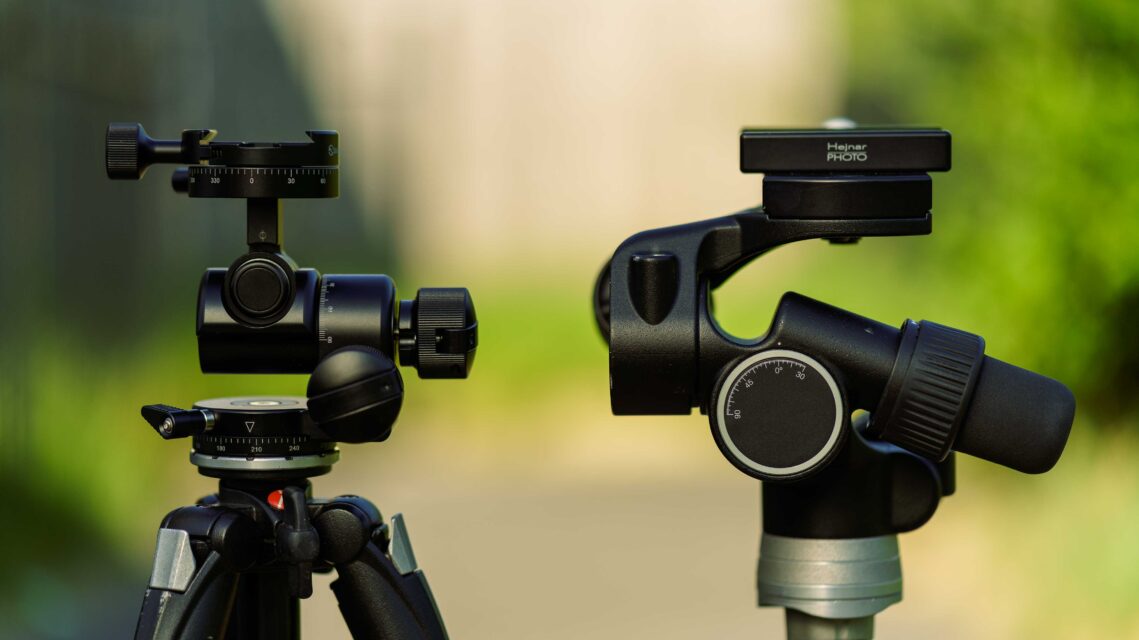 One of the key bits of equipment an architectural photographer is pretty much required to have, is a good geared tripod head. I would say it’s pretty difficult to photograph architecture without having one of these.

In more recent years, several Chinese companies have been producing some pretty good alternatives. Some of these alternatives have been obvious Arca Swiss rip-offs; which I’m sure, many photographers were not too displeased about. More recently, a company called Sunwayfoto has produced a completely new and original geared head. This is not a cheaper version of anything, it is a product that stands on it’s own; which ironically, is now going to be compared against another well known geared head, in order to determine which is best.

The GH-PRO II has genuinely impressed me when it comes to the build quality. Aside from the price point, nothing about this products feels cheap. I’m surprised at how inexpensive this head is, considering the incredible quality.

The majority of the head is solid metal, machined into something that feels like it costs a heck of a lot more. The small amounts of plastic that’s been used in this head are in places you’d expect. The whole thing is clearly a premium product without the premium price tag.

The gears are incredibly smooth, but also have this reassuring tension when twisting. That tension really helps to prevent imprecise movements; and due to this I can easily find balance.

The top plate lock mechanism is also completely solid and doesn’t have any flappy bits that you may see on cheaper tripod heads. Honestly, everything about this head feels exceptional and I’d be comfortable using it with some of the more expensive medium format cameras too.

Compared to the Manfrotto, the Sunwayfoto does feel better. The gears and movements feel smooth and more precise to me. Although, I have been using my 405 for a number of years. It’s difficult to compare build quality between them unless both were brand new. What I will say is that the Sunway, at around $200, is potentially better in quality compared to the Manfrotto 405, which is almost double the price.

The biggest difference between the Sunwayfoto head versus the two manfrotto options is the price point. The Sunway is currently retailing at $225.00 whereas the Manfrotto 410 is almost a third more and the 405 is almost double that of the Sunway.

The other major difference between all three heads is that the Sunway is noticeably lighter. At only 846g, it is significantly lighter than the Manfrotto 405 which comes in at a whopping 1600g. The 410 isn’t quite as heavy at 1220 but still noticeably heavier than the Sunway.

I will however mention that a tripod head that is heavier or lighter, doesn’t automatically make it an advantage or a disadvantage. For the most part, it really depends. There are certain instances when I’d love to have a lighter setup, so that I’m not having to carry heavy equipment on my back for the whole day. On other occasions, I need a heavy setup to prevent any potential movement. This is why studio tripods tend to be so heavy. It entirely depends on what you need.

For people who want a lighter setup, the Sunway obviously offers a huge advantage. The major downside however, is the load capacity. The Sunway can only hold up to a maximum of 4kg, although this could be enough for many photographers. Both Manfrotto options, offer a greater load capacity. The smaller 410 can hold up to 5kg and the 405 can hold up to 7.5kg; which make them useful for larger or heavier camera systems.

In general, most camera and lens combinations that architectural photographers shoot with, don’t weigh more than 4kg, so that’s not the problem. The issue arises if you plan on mounting a number of accessories on your camera, such as displays, triggers, camrangers , and so on. Of course, with an arm clamp, these can be mounted on the tripod itself, although having a greater weight capacity, is always a good advantage.

One of my favorite features on the Sunwayfoto is that you have the option to control the pan from two locations. One just beneath the camera and the other at the bottom of the head. The reason this is a benefit is because when you’re panning the camera, the whole head doesn’t need to move. What this means is that the geared controls on the head won’t move to a different location when you need to pan the camera. Also, having a secondary panning feature right beneath the camera, can prevent some unwanted issues.

The only issue with the panning feature on the Sunway, is that it’s not geared. Admittedly there is a nice amount of tension when panning, unfortunately, unlike the Manfrotto options, the lack of geared panning can be a little frustrating. This tripod head would have been essentially perfect if the panning features were geared too. Panning is extremely important for architecture because it allows you to precisely centre your composition. This is quite essential when trying to take a one point composition. It’s awkward and imprecise to make non-geared movements.

Another feature that I really like about the Sunway is the fact that the geared knobs have built-in, pullout handles. With these handles you can make large movements very quickly. Manfrotto give the option to completely unlock the gears and move freely, which is faster, however the difference in time spent is negligible. Personally, I do prefer the Manfrotto way of doing this in this regard, although I don’t think it’s going to be a sticking point for anyone.

There is minor issue that I find a little annoying about the Sunway and that is the lack of spirit levels. The 405 has three spirit levels on three different locations, whereas the Sunway only has one beneath where the plate is mounted. This is all but useless for me because I like to level the camera once attached, instead of leveling the head and then attaching the camera.

Finally, one of the most impactful differences between the Manfrotto options and the Sunway, is that the Sunway has an Arca mount. Suffice it to say, I thoroughly dislike the standard Manfrotto mount plate mount for several reasons. I’ll cover those reasons more extensively in another article, however for now, I’ll just say that the Arca mount is far more useful and effective. Also, you may be able to see how I have converted my Manfrotto 405, to have the Arca Mount.

The one major concern I have for the Sunway head is that it does have some exposed gears. I’m not sure if this could be a problem or not, however, I have a feeling that over time, as dirt and dust build up, it could start causing issues. The last device I used which had exposed gears was a premium cigar cutter from a company called Xikar. This $100 cutter, lasted a total of 6 days before it completely jammed. I’m hoping that won’t be the case for the Sunway, however, exposed gears (as nice as they look) are generally a terrible design choice.

The Sunwayfoto GH-Pro II is without a doubt the best geared head you can buy up to a certain price. The build quality and design are impeccable and similar to tripod heads that cost far more than even the Manfrotto options. If I were deciding between the 410 and the GH-Pro II, the Sunway would absolutely be the better choice.

Compared to the Manfrotto 405, it’s a tough one because the extra weight capacity of the Manfrotto is very useful. Having said that, the Sunway is a viable alternative and one that I do recommend. The lighter, smaller form factor will come in handy for those that need a brilliant and reasonably priced head, that doesn’t weigh a ton. Although, as mentioned above, the weight advantage is relative to requirements.

Ultimately, I’m surprised at how good something so inexpensive can be. This is close to Arca Swiss level quality, at a fraction of the cost.