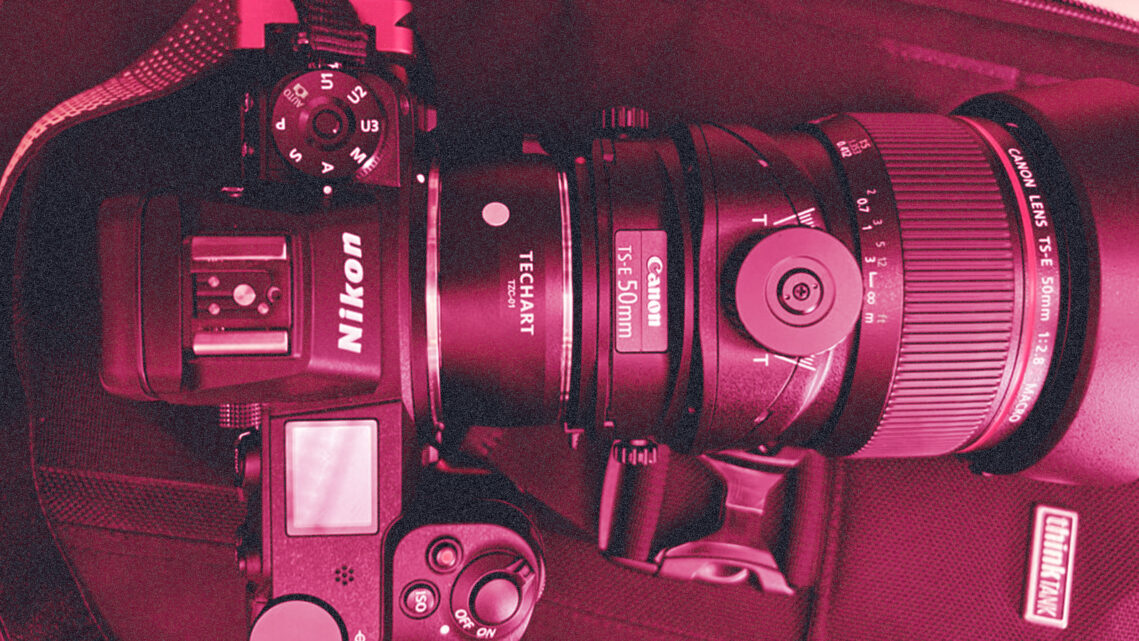 Ever since I started my journey as an architectural photographer, I’ve had to face a big dilemma. I learned the basics of photography with Nikon cameras, so when I got to the point where I really needed to use tilt-shift lenses in my architectural photography work – I was left wanting. Nikon’s tilt-shift lens lineup lacked a wide-angle TS lens until the Nikon 19mm PC-E came out. What bothered me even more though was that Nikon’s lenses were much, much more expensive than Canon’s. (Let’s not even talk about the quality differences, especially in the case of the 24mm TS)

I had three choices:

I think this is the dilemma of many budding architectural photographers who started shooting with Nikon. Eventually, I decided to continue with Nikon and started with their 24mm PC-E. I bought the 19mm PC-E a year later.

This long introduction was necessary to explain the joy I felt in connection with the test of the lens in the title of this article. I can finally use a Canon lens with a camera I also like to use! This became possible with Nikon’s mirrorless cameras, as you just need an adapter between Nikon Z – Canon F mounts.

When I found out that there is a way to use Canon tilt shift lenses with Nikon’s mirrorless system, I ordered a Techart TZC-01 adapter immediately. I first tested it quickly with a Canon 17mm and a 24mm TS-E lens.

(I’m not a big fan of updating firmware if not needed, so with the Nikon Z7 and the first firmware, the adapter works just fine. Somehow with the Z7ii and the updated firmware, it doesn’t work. Until it works with the Z7 I don’t feel the pressure to find the root cause of the problem and find a solution.)

In general, it works just fine. Every now and then the camera metered false with it and overexposed images were taken, but this always meant 1 frame and it really happened very rarely. The lens itself is amazing, the build quality is much better than the 24mm PC-E from Nikon for example.

But when it comes to a gear review I think the most important thing is the end result, so let’s see some sample images from the last 6 months.

I was the photographer of the building process of the Hungarian House of Music and I’m still photographing it quite frequently. I’m allowed to be there whenever I want to, so it gave me a great opportunity to create a set of images with this lens only.

As soon as the lens arrived, the first thing I did was to compare it with my nowadays rarely used but much-loved extender combo (Nikon 24mm TS + 1.4 extender, you can read my review of that here). I went to HHM, and I tried to create identical compositions in the same conditions to compare them.

If you compare the 50mm TS-E lens to the 24mm TS + 1.4 extender combination it is much better in every aspect:
– better image quality (sharper images)
– shallower depth of field and easier use in low light (like the exhibition images above) = 2.8 vs 4.9 (3.5×1.4)
– it looks better than the “steampunk” version

I created different crops from a single Z7 file, just to show how great the image quality is.

I waited on this article for a couple of months because I wanted to have more than just a first impression of my lens/camera combo. After using the canon 50mm TS-E on my mirrorless Nikon for a half year, I love it. I’ve dubbed it my favorite lens of all time!

Cons:
– It creates a very visible pillow distortion in the pictures if you take one-point perspective images of a relatively close straight subject

I wrote about how to correct TS lens distortions before, there are no specific profiles to them, but with some experiments, you may find one that works well for your problem.

I hope my fellow Nikon shooters find this article helpful!