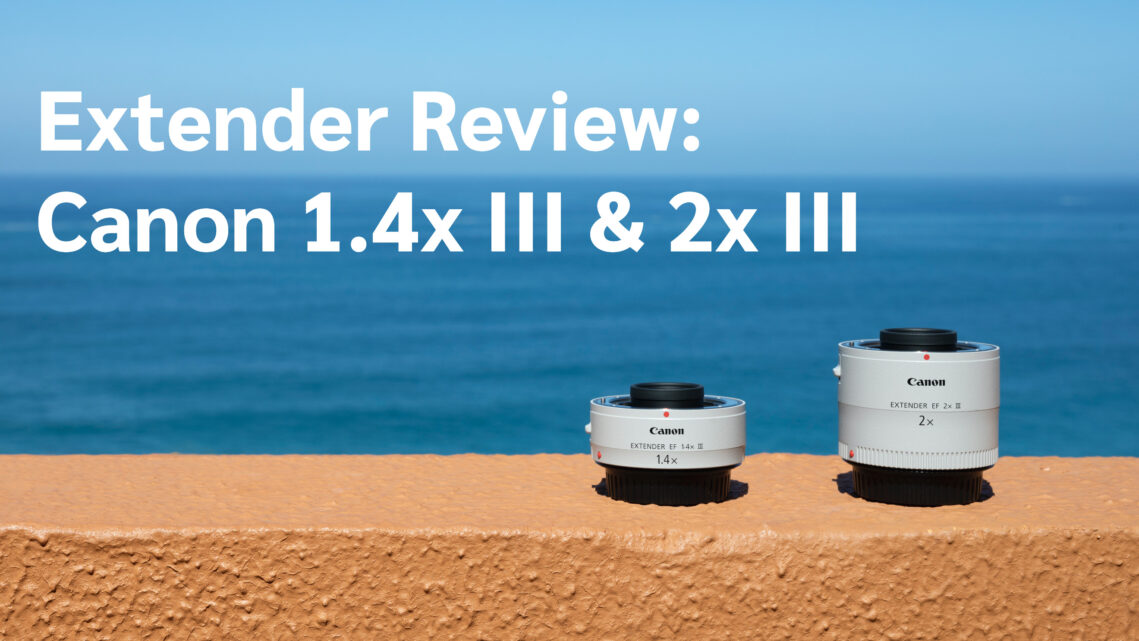 Tilt-shift lenses are great. However, getting two or three of them at the same time comes at a high price.This post summarizes my experience with Canon extenders and tilt-shift lenses, their performance (a 2x on a 24mm tilt-shift, you say?) and why using them has been crucial in developing my personal vision and deciding which lens to acquire next.

So, what are extenders?

Extenders (or teleconverters) are basically adapters with high quality glass inside that can multiply the total focal distance of a lens. Canon shooters can choose between the 1.4x and 2x extender. As an example, adding a 2x extender to a 24mm lens will transform it into a 48mm lens, a cost-effective solution for having two lenses instead of one!

The downsides? Less light coming through the lens, thus the maximum aperture is reduced. With a 1.4x extender you lose one stop and with a 2x extender you’ll be losing two. Stretching the image results in a loss of sharpness and evidences the lens’ flaws such as chromatic aberration.

How evident these disadvantages are depends on the quality of both the extender and the lens, but also on the photographer’s needs and definition on what is acceptable.

Architecture photographers are in luck as tilt-shift lenses are compatible with extenders. Will they make your camera setup longer, heavier and funny looking? Yes. But they do the job.

Pairing the TS-E 24mm with the 2x extender results in a TS-E 48mm. It will add 350 grams (11.5 oz) to your setup but it comes at a fraction of the cost of the actual TS-E 50mm. The nicest part is that this combo keeps the ability of shifting which makes it worth a try.

Highlighting material textures, construction details and being able to compress long spaces into a single frame are among the unique advantages of working with longer focal distances. There is something about architectural photography shot at 50mm or longer lenses that fascinates the eye. Perhaps is the immersive quality or – for me – the resemblance they have with isometric and architectural drawings.

I shot the following photos using this budget tilt-shift, they are among my all time favorites and hold up a nice quality for social media and website use.

The exploration and compositions done with the budget TS-E 48mm was enjoyable and decisive for me to get the actual TS-E 50mm. After the positive experience using an extender I recently decided to give the 1.4x a try.

The combination of the TS-E 24mm with the 1.4x extender is probably the most popular one out there. The resulting 35mm tilt-shift lens is cherished by photographers as a versatile focal length that makes spaces look more natural and relatable to experiencing them in person. This combination fills a gap between focal the focal distances of 24 and 50mm, as neither Canon or Nikon currently produce a 35mm tilt-shift lens.

After one month of use I can say that generally the 1.4x extender makes for a better choice, the image quality reduction is not so noticeable and the extender itself is physically smaller and lighter at 225 grams (7.9 oz). Less is more.

Side by side review

In order to visualize the results of using extender, here are some test shots that I took during a short holiday in Las Brisas Ixtapa, a hotel designed in the eighties by Mexican architect Ricardo Legorreta.

For the first test I have chosen the TS-E 24 as a base lens and combined it with the 1.4x and 2x extenders to illustrate how this piece of gear adds versatility to a single lens. Besides adding the extenders I used the shift feature of the lens to re-frame the shot and move the focus point progressively from the stairs to the volumes next to them.

On this shot my intention was to show the triple-height of the hotel entrance. Using the TS-E 24 alone allows me to capture the entire space including the ceiling and the openings between the columns.

When the 1.4x extender is added, the shot turns into a more abstract composition where the orange color is predominant and a light streak crosses the frame but you can’t clearly see where is it coming from. The viewer is then forced to use an active observation and deduct from a single piece of greenery and the shadows in the columns that there is probably a garden on the other side.

In the comparison of the 100% crops you can observe a subtle difference in sharpness. Keep in mind that unlike other compatible lenses using an extender on a Canon tilt-shift lens will not be visible in the EXIF data displayed in Lightroom. I have manually changed the filename (top left) to differentiate the photos.

At last here is a comparison between the budget 48 TS and the real 50 TS lens. This shot was taken right before dusk and has a significant amount of shift upwards and to the left. As you can see (especially on the left edge) the budget lens with the 2x extender has washed-out colors and less contrast.

Zooming in to 100% the sharpness loss and chromatic aberration becomes apparent. This is obvious and expected, however post-processing and dedicated sharpening software can make a useable photo.

Architectural photography is a major niche for using extenders. In part because some of the extenders’ disadvantages – such as longer capture speeds – can be tackled by simply taking your time, using a tripod and the mere fact that mostly static subjects are being photographed. In case you mind the sharpness loss, dedicated sharpening software goes a long way.

The decision of using extenders depends on every photographer’s needs, their available budget and desire to explore new compositions. Whether you use extenders or not, working with different focal lengths can enrich any photographer’s work. Practice will teach you how to “think and see in millimeters”, making faster and more intuitive decisions on which lens to use for each specific situation or project.

Have you used any extenders? And if so, how have they changed the way you work? Share your experience with us in the comments below.