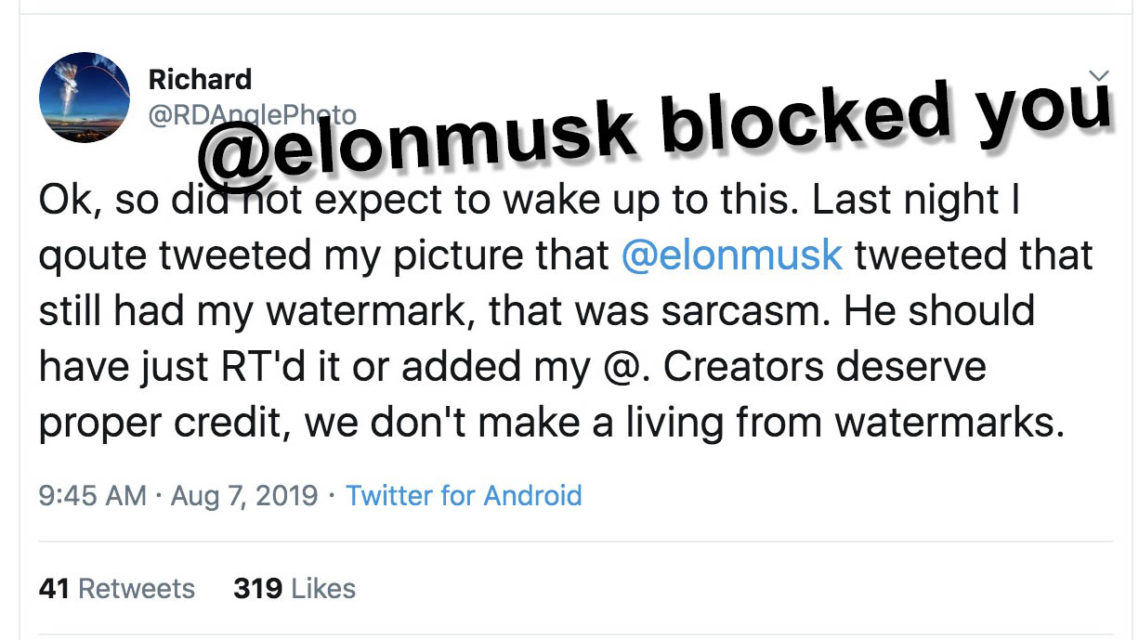 What happens when you are so obsessed with a perfect result that you neglect finishing the piece altogether? What happens when you spend an extra half hour on set perfecting an image only to miss the great light happening elsewhere? Why don’t interior designers ever photograph things at night (they used to!), and for some reason, Elon Musk absolutely refuses to credit artists when he “borrows” their work.

It’s Never Going to be Perfect, So Just Get it Done is a wonderful article by Tim Herrera that discusses the problem with perfectionism. This absolutely applies to architectural photography as I see many photographers and clients (I am also guilty of this) going to absurd lengths to make a perfect photo – oftentimes at the expense of other photos or their own sanity. After a certain point, whether on location or in post production, the photo isn’t actually any better or worse, just different, and your time could be better spent trying to find another photo or chasing the light to get something totally new and fresh.

In other words, just getting it done — whether that’s a decision you have to make or work you have to do — will leave you more satisfied than if you had agonized over the task in the pursuit of perfection. Even better, you’ll actually finish.

This also applies to personal projects – don’t look for excuses to not do one, or to wait for the perfect inspiration. Just get out there and do it – ideas will often come from spontaneity, rather than looking for perfection. Don’t let perfect be the enemy of good.

Elon Musk is Blocking People Who Say Photographers Should Be Credited was written on PetaPixel today and struck a chord with me. Educating clients about licensing and image rights is difficult enough as it is and we don’t need someone with such a powerful influence in a field like tech attempting to further disregard and devalue artists’ work and erode copyrights. What is interesting is that Elon Musk and Tesla have opted to make their patents available for use by the public, though I am not sure what Tesla would think if someone copied their car design verbatim and dropped a V12 in it only to turn around and sell it on the open market.

Furthermore, Tesla is notorious for being very difficult and uncooperative for people looking to repair their own car; take Rich Rebuilds as an example. He spent months trying to get Tesla to send him parts to repair his own car; it’s a hell of a battle. Honestly I’m not a huge fan of Tesla’s protectionism slash open source stance (and their complete disregard for intellectual property) but I am a huge believer in their mission to reduce emissions and I firmly believe they are the best thing to happen to American manufacturing in decades.

A Shot in The Dark: Who Killed Nighttime Photography? is a great look into the minds of shelter magazine editors and their thought processes. The article traces the history of today’s high-key bright white interior design photography that has become, for better or worse, entirely ubiquitous. In the 80s and 90s, darker, moodier photography was far more common than it is today – simply because photo editors at the time thought it was cool. Unfortunately, it seems that the light bright photography is still here to stay, despite some editors wishing things could get mixed up a little bit.

In House Beautiful, it always feels as if it’s one o’clock on a Saturday afternoon. Veranda happens just before the golden hour, around four. Architectural Digest takes place at high noon….It hasn’t always been this way.

Open up a dusty copy of Architectural Digest from the 1970s and you’ll see crackling fireplaces, blue skylines at dusk, glowing sconces, pinpoint lighting and rooms bathed in yellow light.

Who killed the nighttime?

As a proponent of the moody image, I can’t say I love what the article is saying, but I honestly don’t target interior designers too much as clientele for this reason. I much prefer some variety in my weather, lighting, and moodiness, but everyone’s market is different.