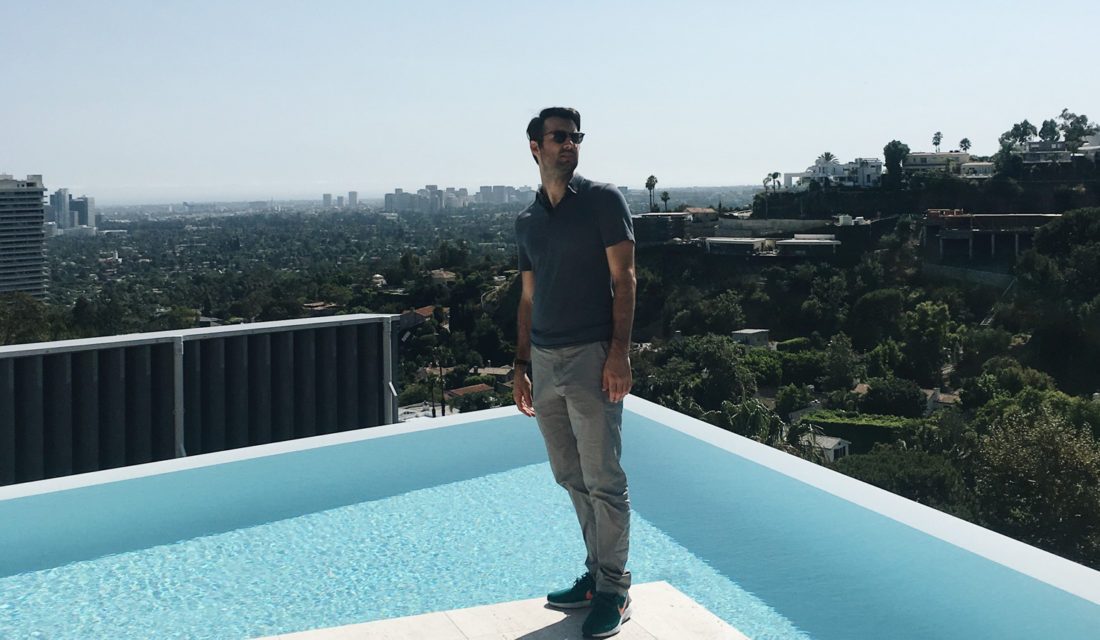 A scout is an integral part of the architectural photography process, but one mistake I see a lot of photographers making is that they agree to a scout before they are in contract to complete the shoot. It’s gone pear-shaped on me enough that I implemented a policy requiring a deposit before any scouting takes place; here’s why.

I live in Los Angeles, and many of you live in major cities across the world. Just a “quick” scout is often far more than that, in fact I’d wager it’s more often a half day for a residential project and for a major commercial project scouts can stretch to a full day. This is time spent away from the office, away from post production, away from other shoots. I know that many photographers charge a scout fee as high as $1000. While I don’t personally charge a scout fee (the scout is included with my shoot fee in an effort to make things simple), I understand the rationale. To spend that amount of time on a scout without having the job secured is risky business indeed.

A scout is NOT an interview

I often hear photographers saying that they carved out time, scouted a project, met with the client but didn’t end up getting the job. A scout should NOT be treated as a job interview. Your portfolio should answer the questions of your skills and ability to photograph a project. Pre-shoot meetings and phone calls can answer questions as to your personality and demeanor (and the client’s ability to tolerate you on set!). Scouts can easily become a personality test or a test of your planning skills and it’s up to you to prevent this from happening. I’ve heard of firms using scouts to see what kind of plans the photographer can come up with, and accepting or rejecting their bids based on this. Nonsense! These are working hours and you are using your skills to put together a plan to execute on the day of the shoot to the best of your ability. We’re often times using our cameras and software to put together storyboards, narratives, make a shot list, and test lighting conditions and angles. We’ll then spend time whittling down our scout photos into the best 10-15 angles to make our plan, which can take even more time than just the time spent on location.

You aren’t going to be on your best behavior

I notice that when I’m scouting, I’m not who I normally am. I’m intensely focused on the job at hand, and as a male (I can hear all the women nodding in agreement….) multi-tasking is NOT my strong suit. No, I can’t take notes, and estimate where the sun is going to be, and frame up a shot in my head, and also be cheery and entertaining to the client. I might even come off as a little cold and standoffish, but that’s because I’m focusing on the job and how I’m going to shoot it. There are tons of little calculations going on, tons of ideas storming in my head, and lots of contingency plans being made. It’s hard as hell to keep all those balls in the air, yet still be the laid-back easy going person most people know me to be. I suspect that this has been a factor in me scouting, and losing, jobs as a result.

If you are able to juggle all of those tasks at once while still appearing chipper and relaxed to a new client when thousands of dollars swing in the balance, I tip my hat to you, cause I sure as hell struggle with it!

Sometimes the shoot can fall through

And it isn’t the fault of the photographer. I’ve scouted beautiful projects before, the client was totally psyched on it and ready to go, and then the homeowner moved in and brought their grandmother’s furniture that looked like it came off the floor at Bob’s Discount Furniture or was found piecemeal between two divorces and an estate sale. In other words: a disaster. This isn’t your fault, but, oops, you just spent a full day scouting a project that isn’t going to be photographed due to factors completely out of your control.

You are going to immediately put the ball in play

In many cases, especially when shooting in dense city environments or in delicate locations where access is tricky, you’re going to immediately going to have to get to work arranging access to nearby rooftops or views in order to get the shot you need. I’ve had to reserve boats, send certificates of insurance, book helicopter time, arrange extra assistants, models, or digital techs, and procure countless pieces of paperwork to get the shots the client needs. In our fast-paced world, where shoots are booked sooner than ever and turnarounds and deadlines come faster than any time before, it’s critical to start work on this ASAP after a scout. Having the confidence of knowing you’ve already got a deposit and the job before you get to work putting things in order is massively helpful and will ensure that the shoot gets organized and completed without rush or hassle.

How should you bill for a scout?

I personally require that a deposit of 50% of the shoot fee is paid before reserving a date for all first time clients. While a hefty outlay, it signifies that the client is serious about getting down to brass tacks and that everyone involved is on the same page. Once I know that everything runs smoothly and that the client is obviously a joy to work with, on future shoots I am much more lenient about this policy. Everyone has been burned by a first-time client before, and this goes a long way towards avoiding that issue.

Another policy that I have successfully implemented is a deposit ($500-$1000) which is applied towards the total shoot fee which must be paid in order to scout. So, for example, if you request $500 to scout, and the shoot total comes to $4000, the final invoice will be $3500, reflecting the $500 already paid for the scout. You can tweak this according to your comfort level.

Alternatively, you can just charge independently for the scout – which is a completely viable method – though like I said, I like to bundle my scout prices with the creative fee, while charging a higher creative fee to compensate.

It’s important to protect yourself and avoid headaches during and after the scout, which involves a big time and mental energy commitment from you. Since you are providing major insight and creative talent when scouting, be sure you are compensated accordingly and you avoid the pitfalls inherent in scouting without a deposit.