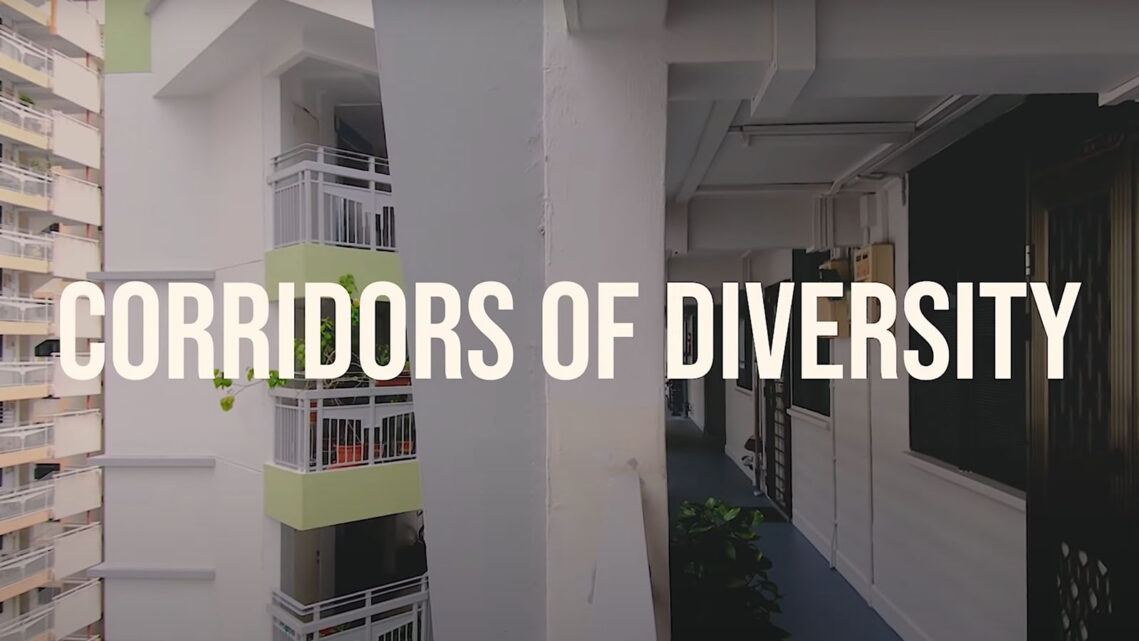 Kevin Siyuan and Darren Soh are both Singaporean architectural photographers who managed to take time out of their busy schedules creating beautiful imagery, to each put together a short film delving into issues of cultural identity and national heritage.

The first film, Corridors of Diversity, focuses on the miraculous success story that is Singapore’s public housing – known locally as HDB apartment blocks (short for Housing & Development Board).  More than 80% of the city-state’s residents live in HDBs and as such, these residential buildings characterize a lot of what makes up Singapore’s urban image.

Having lived in Singapore for a couple of years myself, that experience showed me the positive impact government policy can have on creating an inclusive society where diversity thrives.  Since 1989, an Ethnic Integration Policy ensures that HDBs have a heterogeneous mix of residents with different backgrounds.  Essentially creating certain quotas, this policy has helped avoid the creation of ethnic ‘ghettos’ – each apartment block must have a certain amount of diversity.

What initially began as a photo series for Kevin, eventually evolved into the short film below.  Utilizing a GoPro, gimbal, and custom-made dolly, Kevin was able to navigate the corridors of dozens (48 to be exact) of HDBs while maintaining the symmetrical divide that gives this video its artistic flair.

Before It All Goes

The second film is by photographer Darren Soh and showcases buildings from Singapore’s early independence years that are becoming threatened with disappearance as the island nation continues to redevelop.  Also a photobook, Before it All Goes, combines Darren’s stunning imagery and video taken over the course of a decade along with a series of interviews with local residents.  It touches on themes of national heritage and memory, ultimately highlighting how buildings can tell us so much about who we are and where we came from.

We are all staying home more than ever before – and it looks like it may stay that way for awhile.

Perhaps now is the time to take on that personal project you’ve been putting off for so long.