But many aerial enthusiasts balked when the Chinese drone powerhouse decided that all those new features would necessitate a hefty increase in price.  The Mavic 3 costs $2,849 (with the Fly More Kit) while the higher end Cine model comes in at a staggering $4,999.

If those prices turned you off from upgrading, you may now be in luck as DJI has just announced the more affordable Mavic 3 Classic.  Let’s take a look.

Here’s a brief summary of how the cheaper Mavic 3 Classic differs to the two original releases:

Otherwise, the Mavic 3 Classic is the same drone and comes with the:

For a more detailed summary on this new drone release, you can check out this video here from DM Productions. 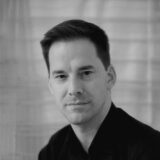