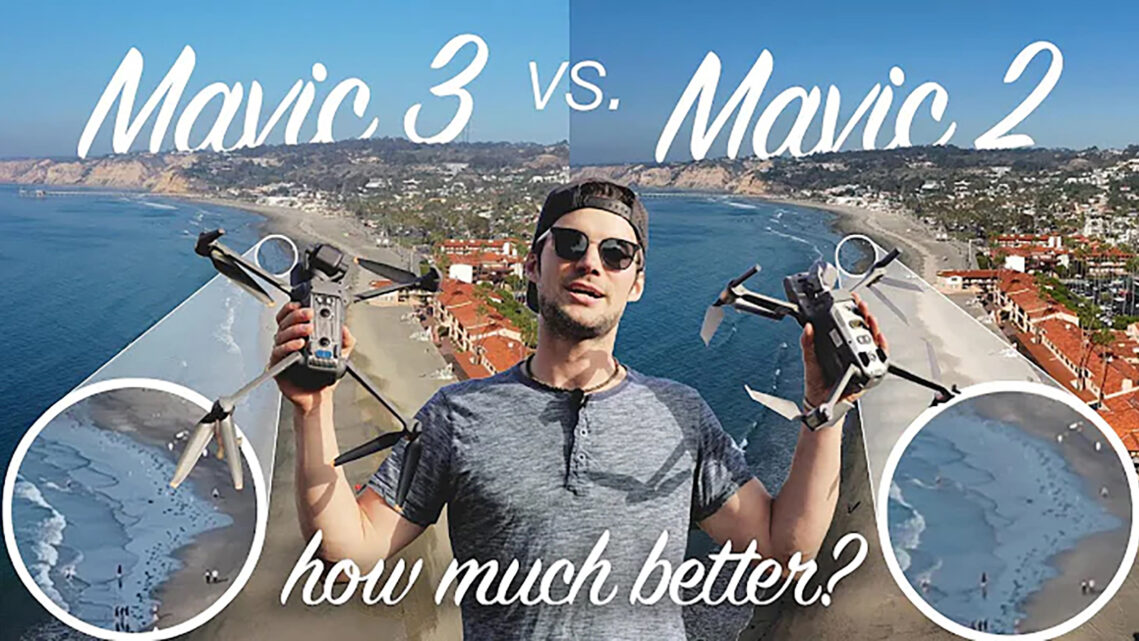 With all of the hubbub around DJI’s newest drone release, many folks are wondering if it’s worth upgrading their Mavic 2’s to the new, pricier, Mavic 3. Heck, even we’ve been wondering how it stacks up in a real-world performance test after comparing the stats in our Mavic 3 comparison article last week.

Our friend, architectural photographer Alex Nye, has just put the Mavic 3 through its paces and made a brilliant comparison test between the new iteration of the drone and DJI’s Mavic 2.

Alex compares the Mavic 3 and the Mavic 2 by performing:

If you’re here for the TL;DR version of Alex’s review, the answer is this:

The DJI Mavic 3 has some new irritating faults, but overall, its increased performance and sensor quality upgrades make it worth the price hike IF you are a professional using a drone for situations with complex lighting, backlit photos, and twilight shots. If you are someone who uses a drone occasionally and only in standard bright lighting conditions, or you are just a hobbyist messing around, the differences between the drones will be nominal.