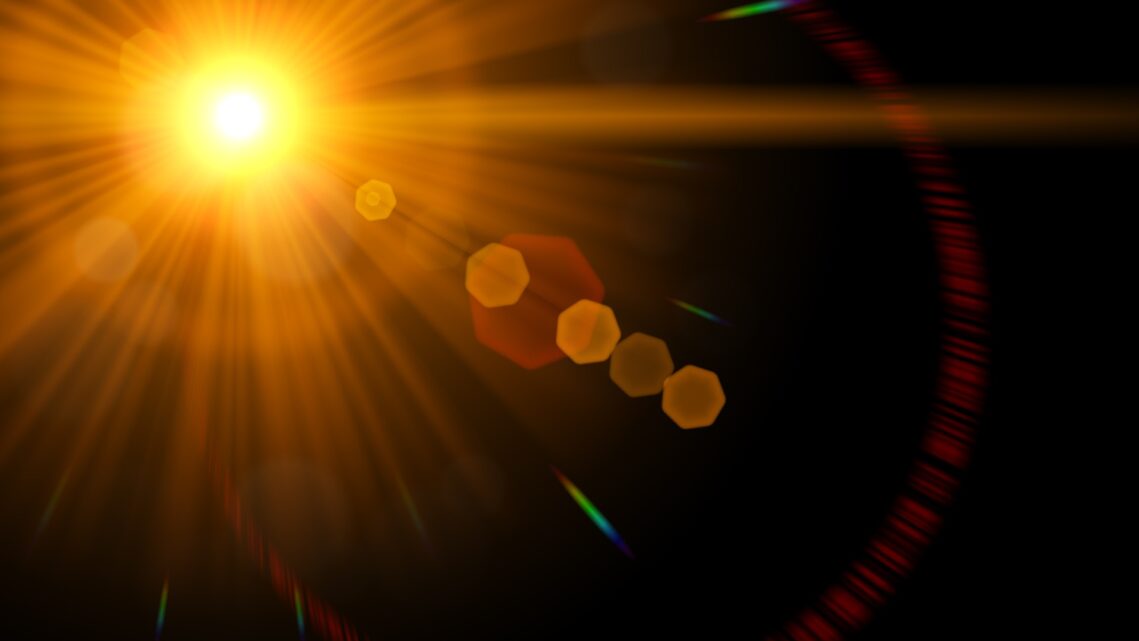 There’s a reason Canon’s 17mm TS-E tilt-shift lens has a dedicated spot in so many of our bags.  When space is limited, it can be a lifesaver for us architectural photographers.  Whether it’s photographing a bathroom in a tight space, or a high-rise building in a dense urban city center, this lens has proven invaluable to me on many occasions.  But this unique lens is not without its drawbacks.

While distortion is often cited as the biggest critique of using a wide-angle lens such as this, there is also another challenge that we sometimes have to overcome – that of sun flare caused by the bulbous glass that protrudes out from the lens.  Depending on the sun angle and intensity, lens flare is something that can be difficult to avoid when using this lens.  The good news is that it’s relatively easy to combat the issue.  Let’s take a look at a simple example.

On a recent shoot in Beijing, I needed to get a shot of the office drop-off and wanted to show the entire podium.  The building is located in the city center on a road that is blocked off to normal traffic.  There is a barrier that runs down the middle of the entire length of the road, and I was told (in no uncertain terms) by a security guard that I could not cross said barrier.  If you’ve ever been to Beijing, you know that they take their security seriously!

Luckily for me, I could get everything in frame with the 17mm TS, with no shift-stitching required.  Unfortunately, because I wanted to get this shot in afternoon light, we ended up with an image with quite a bit of lens flare.

Depending on the situation, the flare may be just a quick fix in post, however, sometimes it can become a nightmare to clean up.  In this particular case, we can see a good amount of flare and rays of light in the left-hand side of the image.  No need to despair, as all we need to do is take another frame (on a tripod of course) while blocking out the sun.  Some photographers have flags attached to their tripods for this purpose, but you can block the sun using just about anything – your hand, your hat, it really doesn’t matter.  For this shot, I picked up my tripod bag and used that to block out the sun enough to eliminate the flare.

After a few basic edits in Lightroom, we export both frames as layers to Photoshop and simply mask out the area that shows the tripod, and we’re good to go.

After some cleanup, we have ourselves a final, flare-less image.

How do you all deal with lens flare? Are there any other lenses that tend to create this type of challenge? Let us know in the comments below.