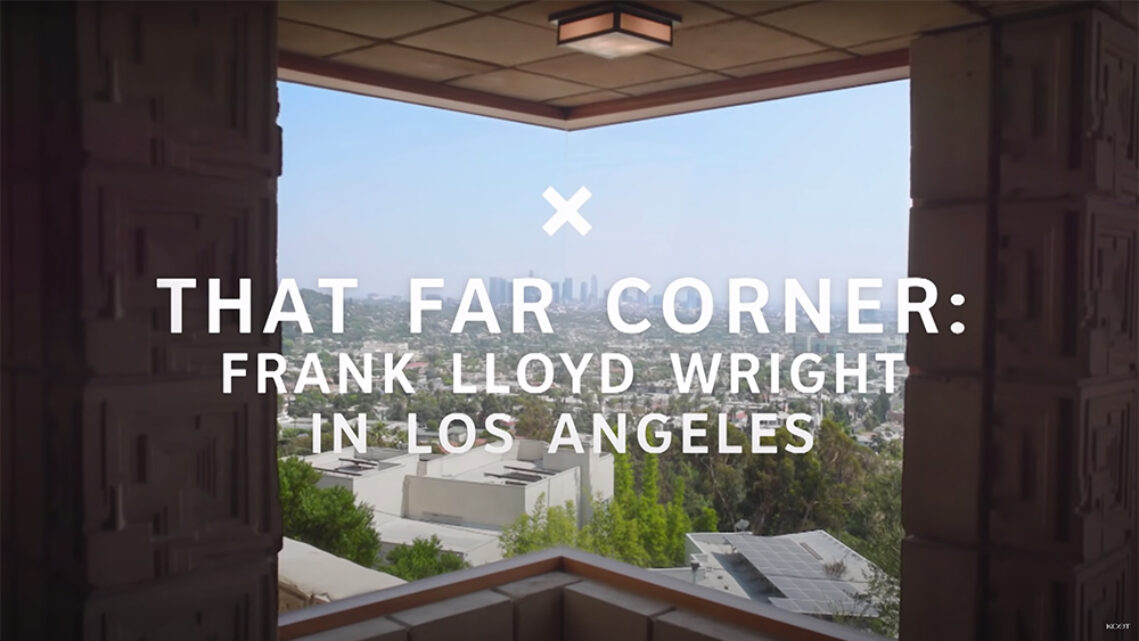 Architecturally, speaking Frank Lloyd Wright (FLW) is a name that resonates with most people and perhaps it is due to his one of his many notable projects the iconic Guggenheim Museum in New York. He had started his architectural practice in the suburb of Oak Park in Chicago, specialising in the design of prairie styled homes.  I had a chance to see some of his architecture during the 2017 Chicago Biennial as the Biennial was celebrating his 150th birthday as well.  It was during an architectural tour to the SC Johnson Wax headquarters in Racine (Wisconsin) that I discovered how complex his personal life was and how it had influenced in the advancing of his architecture.

This documentary, That Far Corner – Frank Lloyd Wright in Los Angeles, explores the intricacies of his personal life in some detail. What I found interesting was how tumultuous his life had become after an affair with his client in Oak Park.  Additionally, the documentary focuses on the departure of FLW’s  prairie styled homes to adopting Mayan architectural influences for his Los Angeles projects.

If this documentary has inspired you to investigate more of FLW’s projects then the Frank Lloyd Wright Building Conservancy is hosting virtual tours of all FLW public sites during the pandemic up till July 15th. Once this pandemic subsides and you happen to be in either Wisconsin or Illinois then I highly recommend going on the SC Johnson Architecture Tour in Racine.