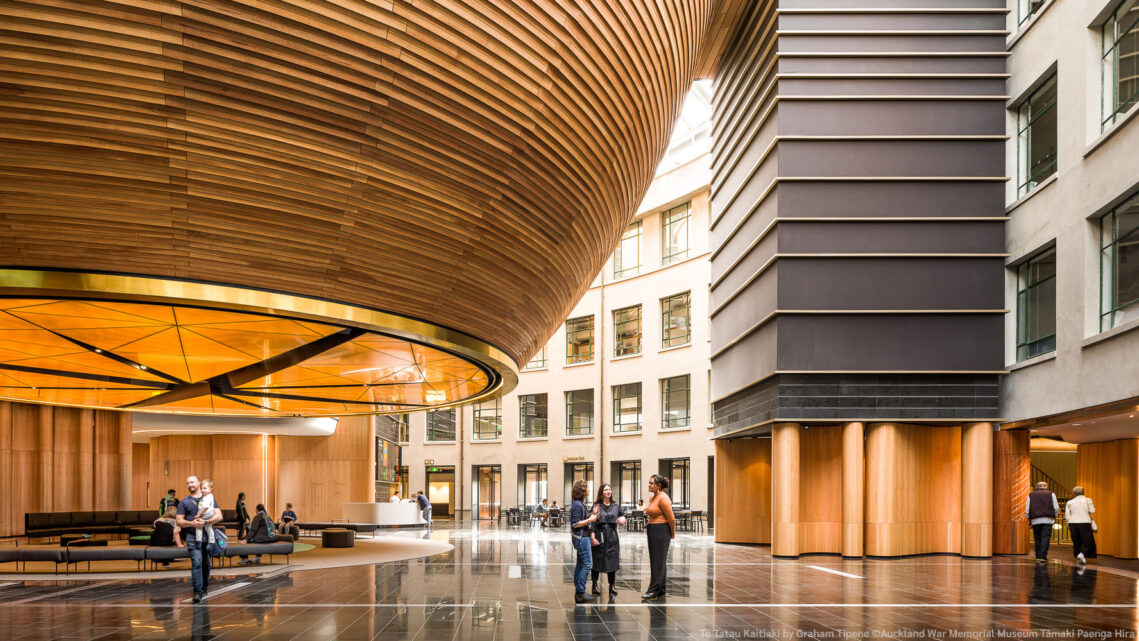 When I see Dennis Radermacher of Lightforge Photography‘s name pop up in my notifications, I know it’s going to be a great day. Dennis — an architectural photographer based in Christchurch, NZ — is usually sending the APA crew his latest and greatest 3D printed creations. This time around though, my inbox contained a newsletter from Dennis showing off his recent projects. Each one was as beautiful as the next, but I particularly loved his project of the Auckland War Memorial Museum’s South Atrium renovation by Jasmax, NDY, Designtribe and FJMT.

Dennis gave all of the juicy details of this shoot in his newsletter, but I’ll post up his story here for you guys to enjoy!

Dennis starts “Large public spaces are rewarding to capture yet difficult to schedule. As we entered the building, finishing touches were still being put on, as is so often the case with large projects. To further up the ante, only [a few] hours were available for areas that I could easily have spent days in. So, as usual, no pressure!”

I especially enjoy the way Dennis is able to portray scale and a sense of space in his photographs of the museum. There is a feeling of grandeur and awe translated in these pictures that help communicate the massive size of the museum.

Including people in his scenes helps contribute to that sense of scale, but also gives context to the architecture, reminding us that this is in fact a public space.

He continues “As the clock began ticking for the most important area below the floating bowl, an untimely fire alarm went off. By the time we were allowed back into the building, a third of our time allotment for this key area was gone.

Just a few years ago this would have sent me into a mild panic attack, but luckily repeated baptism by fire has allowed me to keep it together. After some silent self-encouragement, I just dug in my heels and got on with it.”

Dennis’ photographs of the corridors have a more intimate feeling but are equally as lively and shapely. I love the repetition he harnesses in the posts and beams of light. Coupled together, they create a lovely rhythm that carries our eyes through each scene.

“And so we dove right in with our group of amazing volunteers that sacrificed most of their day as willing models. I must admit that despite my German background I do not enjoy yelling at people,” Dennis said. “Unfortunately, being in a large space requires me to be quite vocal when coaxing large groups of individuals into position quickly. But as usual, everyone was a champ about it and I hope that no toes were stepped on.

Museum staff were equally supportive in helping us to nudge this project across the line. A whopping fourteen hours after starting we called it a night and enjoyed a well-deserved meal together.”

Again, Dennis’ images really help showcase a feeling of splendor by emphasizing the massive orb hovering over the museum floor. The tiny cluster of figures in the background relay just how giant this atrium area is. I also love the interplay of colors, with the deep blue sky contrasting nicely from the warm yellow glow of the lights under the floating orb in the opposite corner.

A massive Thank You to our friend Dennis Radermacher for sharing this beautiful project with us. I’m sure he’ll have some great inventions or workflow details to share with us in the future, so stay tuned!

See all of Dennis’ gorgeous work at lightforge.co.nz as well as on Instagram @lightforge