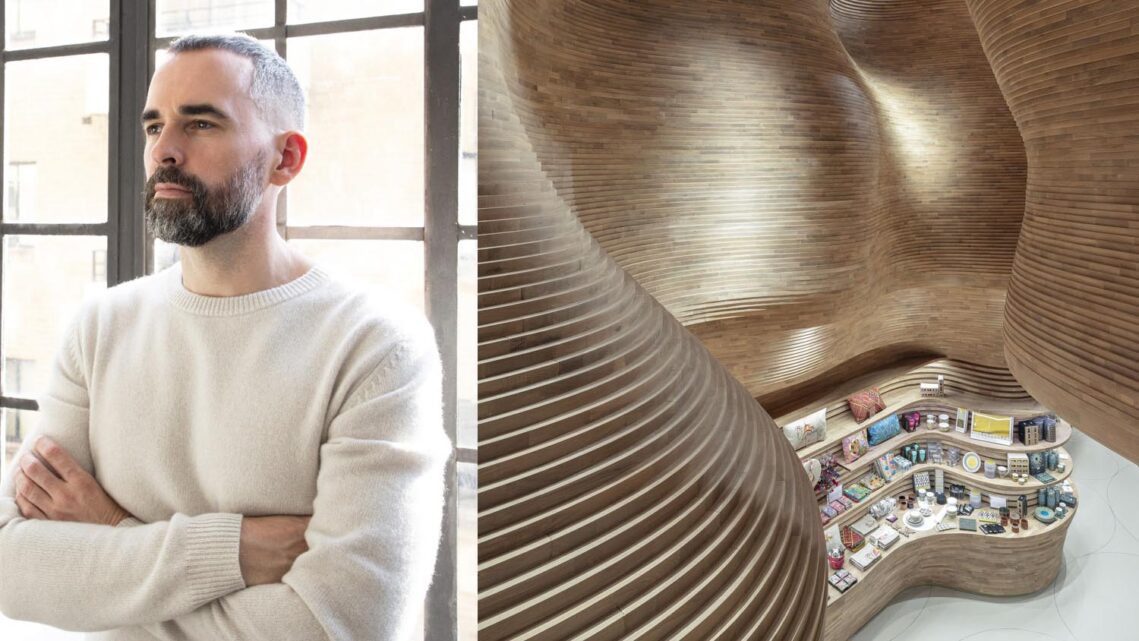 Sydney-based Tom Ferguson ran his own architecture practice for over ten years before deciding to take a leap and switch careers from architect to photographer. With a diverse portfolio that includes top projects from around the world, Tom is truly someone who has crafted a career perfectly suited to his personality and lifestyle.

Veeral: From what I have read about you, you had studied and become a registered architect. What was your original inspiration behind becoming an architect?

Tom: During my childhood, I was fascinated with drawing house plans in my spare time (editor note: this seems to be a common thread with our interview subjects!). At school, I took technical drawing as a class once per week. The two together led me to study, and eventually become, an architect. As a graduate, I worked for Cracknell Lonergan Architecture and mainly worked on residential projects; this eventually led me to set up my own architectural practice.

What motivated you to get into architectural photography?

I’ve always had an interest in photography and had studied it as an elective during my third year of my architectural degree at the University of New South Wales. During my time at Cracknell Lonergan, I was documenting their projects which set the path to architectural photography and this progressed into photographing my own work; from there I went out on my own.

How have you found your architectural background beneficial in documenting spaces better? What are the key caveats to keep in mind when photographing architecture or interiors?

It’s not necessary to have an architectural background to photograph buildings, but I think it helped me. A significant part of the architectural process is the representation of buildings from concept sketches through technical documentation drawings to finished photographs, and it helps to have personally engaged in that process.

I still have my copy of Picturing Architecture by Desley Luscombe and Anne Peden, a seminal text for me that demonstrates ways in which buildings can be represented and draws connections between those representations and the final product, most often illustrated using photography. I’m often presented with renderings of a building as part of the brief and asked to reproduce these views as photographs, so I think it helps to have understood what the architect intended when designing the building and what they hope to achieve from the photograph.

Every designer is looking for something different when they commission a photographer. It can be as simple as liking the photographer’s style and giving them free rein through to providing a specific brief and image references. There are differences between architectural photography and interiors photography, but I try and provide both as I think it’s necessary in order to tell the whole story of a building. I always try and photograph a building in the way my client wants but also in a way they might not expect by providing my own interpretation of it. I wouldn’t say there are caveats as such, but I always follow the light, compose every image as if it’s going to be the main shot and make sure I don’t run out of time.

As a former architect, can you share any valuable pointers from an architect’s perspective that could help fellow interiors/architectural photographers on their next shoot?

Probably the most important thing is understanding natural light, sunlight and shadow and the impact it has on the architectural form. I also try and identify key architectural or interiors statements (eg voids, views through the space, vignettes, materials etc) and capture these.

What is your typical approach in photographing a project whether its interiors or architecture with your commissioning client?

It’s a mix of planning and overcoming problems as they arise. The address is obviously key as it lets me work out the orientation of the building (and of course tells us where to park our car!), where the sun is going to be throughout the day, and what surrounds the site. A floor plan helps particularly for larger interiors shoots as it helps map out the shot schedule.

Sometimes for these shoots, I will do a recce but more often I arrive slightly early and ‘warm-up’ by taking a series of test shots which are then reviewed by all before the shoot starts. The shooting process varies from being predominantly alone at a site shooting it over a couple of days through to a large team effort involving clients, stylists (and often building owners) taking architectural, interiors and lifestyle shots. In all honesty, I can say I enjoy both ends of the scale and all in between.

It was a fantastic commission and an honour to work with Koichi and his team; specifically, Project Architect Fabiola Cabral-Monasterios, Marketing Coordinator Isabelle Reynolds and videographer Tom Roberts along with Koichi himself.

The shoot was an intense but fun three-day adventure taking in four principle interior spaces along with general museum interiors and exteriors plus location and context photos around Doha. Koichi was very involved as were the whole team, but the process never felt prescribed and I was free to take the shots I felt best represented the spaces. We met before leaving for Doha but the direction mostly evolved on the go.

It was a challenging task for the shoot coordinators dealing with multiple levels of museum authority along with builders still on-site and we had to be prepared to change tack at short notice, but they did an amazing job. One of the highlights for me was being raised up on a scissor lift through the middle of the main museum store to get some great aerial shots. Fabiola had to fight to get the scissor lift and fend off the builders who wanted it back, but it was well worth it!

You recently made a switch from Canon to Fuji GFX, what was the motivation behind this? How have you found adapting your Canon lenses to GFX? How important is post-production in your final project delivery?

I’d heard about the GFX but hadn’t thought of making the switch until I saw a friend Andy Macpherson posting about it on Instagram. I did some more research and decided to try it by doing a six-month rental with option to buy, giving me some security that if I didn’t think it was worth it, I could always return to the Canon system. I think I bought it after about a month.

I’m using two native GF lenses (23mm and 32-64mm) plus my Canon Tilt-Shift lenses via the Fotodiox Pro Fusion Adapter. I tether to a Microsoft Surface Pro attached to the tripod and use Lightroom to review and shortlist shots as they are taken – mostly on interiors shoots so we can adjust styling and quickly review what shots we’ve got as the day progresses.

I am loving the general feel of the images and the better dynamic range which has increased the number of shots that look great straight out of the camera.

Post-production is very important to me and I think a big part of the final product. The composition is one thing but the way an image is crafted in post-production on one hand establishes a certain style but also on the other allows you to vary the mood of the image to suit the shoot and the clients brief.

What has been the most notable project you have photographed in Australia? Do you have any ambitions to photograph work overseas if so, which architect’s work inspires you?

Argh, too many to choose but if forced I would say the two standout projects were houses that went on to win the Robin Boyd Award for Residential Architecture, the highest award possible in Australia. These were the Tamarama House by Durbach Block Jaggers and House on The Coast by Sean Godsell, both photographed for WISH Magazine.

I’ve worked overseas once or twice a year for the last few years, mostly for Australian designers. It’s hard to single out one architect but I would love to shoot the work of Tadao Ando. I love to travel so am looking forward to more overseas work in the future.

I noticed that you are a bit of an aviation buff through your Instagram account. Where did your passion for Aviation come from?

I’ve always loved planes, an interest that started as a kid when my dad used to take us out to the airport to watch planes. I started the @sydneyspotting Instagram profile because I had years’ worth of images and video footage and wanted to do something with it. I haven’t had much time of late to get out to the airport, but when I do it provides great ‘time out’ for me. Apart from shooting planes as a hobby, I have also had commissions including shooting the Virgin Australia business class and new Qantas premium economy seats for David Caon.

Finally, thank you for your time and what are your plans or the rest of the year?

Thank you for interviewing me! I’m travelling to London, New York & Tokyo for work in November and in New York, I’m photographing a Philip Johnson office building that’s been restored by high-end furniture brand Bassam Fellows to function as their office and showroom. I’m also hoping to see and photograph the classic late 1960s Smith House by Richard Meier.