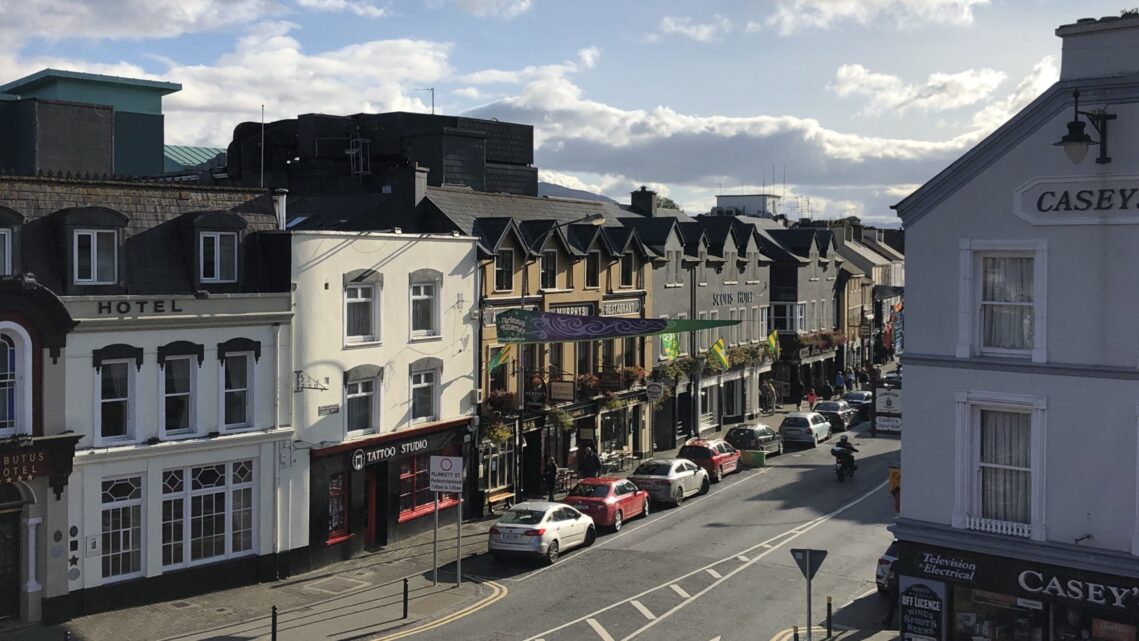 Architects, interior designers, developers, and hotels don’t just exist in big cities, and neither do architectural photographers. I personally know photographers everywhere from the biggest cities in the world to remote and desolate areas, and they all have different definitions of success – but one thing is for sure and that is they are all making a healthy living at it, although using different methods and approaches.

I recently came across this video by UK-based photographer Scott Choucino – while he is predominantly a food photographer, it’s hardly mentioned throughout the video and there are plenty of parallels to what we do as architecture and interior photographers.

As a photographer who has worked in both a small market and a big market (and had moderate degrees of success in both) I feel marginally qualified to talk on the subject. I loved both for different reasons – and honestly, the longer my career gets, the more I consider a move back to a small town for quality of life reasons.

When I first started out, it was so easy to make my first connections – everyone knew everyone, or was only a few degrees of separation from someone who knew someone. In a town with a population of 12,000 (Truckee, CA around 2009) word spread quickly and it only took a year or so of social events and networking to get a pulse for the social scene of the town. A realtor knew a builder knew an architect and on and on. I got lots of jobs that weren’t strictly architecture but were still within the genre. I shot for a lot of small business owners who needed photographs of hotels, vacation rentals, restaurants, small architecture projects like additions, realtors, and plenty of other oddball jobs that came through the pipeline. I had a niche, but it wasn’t absurdly specific.

I’d meet clients in the simplest ways. I volunteered at a humane society every weekend in an effort to somehow improve a bout of depression and ended up meeting a regular client who probably gave me 2-3 steady jobs a week. I taught private snowboard lessons and met parents of children who were developers or builders in the area. At a skatepark, I’d meet builders and aspiring product designers. If someone needed pictures, they had only a handful of options, and I was glad to be one of them.

One photographer who exemplifies small market success in my opinion is Seth Parker, who we interviewed a few months ago here on APA. By building a business with a diverse client base of architecture industry professionals, he’s able to make a great living outside of a major city.

While in the video linked above, Choucino recommends that one finds an agent in a big city while living in a small town, I don’t think that is the only way to make this work. You don’t have to be the cheapest either – small markets can support multiple tiers of photographers, but obviously a local builder isn’t going to be paying big city prices to accommodate that. While an agent might be a viable path for mid-career and established photographers, don’t feel like you need one to be a successful photographer in the city or in a small town – I don’t have one and don’t think it’s necessary on any level, but a good relationship with an agent certainly won’t hurt if you work in a genre of photography where this is common.

There are also negatives of small town work – the big one that I ran into was that there was a definite ceiling of what I could charge. As one of those obsessive types who must without fail become overly involved at whatever he tries (even at the expense of social life, health, etc) I found this ceiling pretty quickly. I wanted to explore this newfound career without limit, and the small town rates didn’t really allow for this. So that, among a few other reasons, led to me relocating to Los Angeles, a place that I don’t think could be further away from a match for my personality type.

But I got to go toe-to-toe with one of the world’s most prominent architecture and design communities. There is a stupid amount of work to be had in Los Angeles, but about a thousand times more competitors than a small town (not even kidding, in fact it’s probably more). If you aren’t the best, you’re going to get chewed up and spit out. Traffic’s horrendous. Rent is absurd. Housing prices even more so.

However – it’s filled with plenty of “movers and shakers” and the networking potential is far higher than that of a small town. The ease and openness that come along with networking in a small town in largely gone in a city like LA (or London, or New York, or Miami, or wherever) which is unfortunate for someone who sorta loathes the networking game. But if you’re able to play it, you’ll find agencies with huge budgets for advertising, firms who won’t blink at fees which can be 5-10x those of a small town, and there’s also a definite cachet that comes along with being a big city photographer. I’ve been able to email offices and set up meetings without much trouble simply for being an “LA photographer” as ridiculous as it sounds!

Is this worth it to you? It can sound pretty glamorous, but it can be a total and complete grind – I speak from experience! My stress levels have increased threefold due to working in Los Angeles. Like I’m sitting around and wondering why am I mad, I have no idea why but I’m angry! I chalk it up to traffic. Clients can be way more high maintenance. Expectations totally different. Lots of money, jobs, and reputations are on the line with photographs for high profile projects. Are you cut out for it?

The best of both words: Is it possible?

What might be the best of both worlds – for me, at least – is living in a town an hour or two outside of a major city. Having access to a place like Los Angeles but only the stress of it when you want it (or need to go in to work) could be the golden ticket. I know I always feel refreshed after trips to slower parts of the country, but am energized to do my best work upon returning. If only there was a way to have that feeling last forever! The great thing about our careers is that we have the flexibility to somewhat dictate schedules and availability – perhaps commuting twice a week for shoots while leaving two or three days for office work in a home studio would strike a perfect balance.