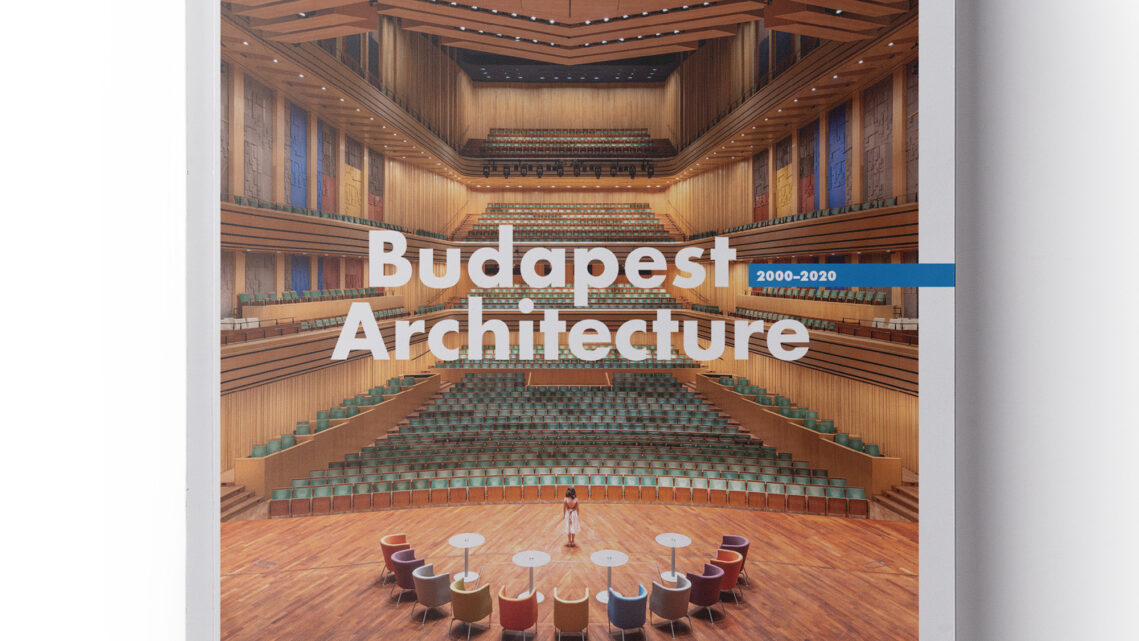 Before I jump into sharing the how behind this project, I think it is important to tell you the why. Since you’re reading this post on Mike Kelley’s APALMANAC, I assume you’ve already come across his book New Architecture Los Angeles. It was published in 2019 and showcases 50 iconic buildings in LA. That book is part of a series that sits on my bookshelf at home, and was the main inspiration for me pursuing my own architectural photography book.

London, New York, Los Angeles, Budapest…that has a certain ring to it for me. Budapest is the wonderful capital of my small country Hungary. Throughout the world, it is known for its primarily historic architecture. It was – and is – my deep desire that I could change this notion. I wanted to create a book that, like the examples above, shows how Hungarian (and some international) architects have shaped this city over the past 20 years.

Step 1. How to start your own architectural photography book

Since I wasn’t commissioned by a publisher to create photographs, I just felt the urge to make the book, I had to start the project on my own. I mean, I wanted to start it alone, but before you press the button and take some photos, you need to know what you are going to photograph. After trying to figure which buildings were important enough to make the cut for this book on my own, I felt like I didn’t have the right knowledge to do so. So the first step was that I needed specialists to compile a list of buildings to be photographed. I asked an architectural writer, Anett Mizsei, to write a short presentation of the buildings, and she also helped compile the list. At her suggestion, I asked an architectural critic (Krisztina Somogyi) and an art historian (Dániel Kovács) to join us, completing the team. Everyone made their list based on pre-laid out criteria. I summarized that, and then after about 5 hours of long debate, we managed to name the buildings that will eventually make up the bulk of the book. My main goal was to start photography before spring arrived, so we left the finalization to one last lap. Even then, I felt that something much more substantial was emerging compared to the initial version of “I’m writing my little list”.

Once I knew what I needed to photograph, next came the planning and organization part. I grabbed a map and marked the “tasks” ahead on it and “walked around” them using Google Maps street view.

I was mainly looking for buildings that would look great photographed during winter. It was also important that they could be photographed relatively well from public areas so I wouldn’t have to wait for permits to get started. Of course, I also knew that if I had to go inside these buildings, I couldn’t avoid the email tsunami.

The next step was to contact the owners or the architects of the buildings. That’s not the part I’m going to cry back anytime soon. To date, there are still unanswered emails. I ended up having to photograph a few of the owners and architects by phone to get permission. While I waited for responses, I tried to visit as many buildings and projects in person as I could. This was not facilitated by the fact that I live 280km from Budapest and the round trip is a minimum of 6 hours of travel time. A significant portion of my work takes place in the capital, so most of the scouts were condensed into half hours between jobs, traveling from one photoshoot to another. Organizing, planning, organizing… Here is the schedule of my not-so-average day:
03:30 – wake up and start driving to Budapest (Those who are following me on Instagram have seen my alarms in my stories.)
06:30 – Lánchíd19 Design Hotel (exteriors)
08:00 – Vend Villa (exteriors and interiors)
10:00 – Csík Ferenc Primary School (interiors)
12:00 – Commissioned work (a showroom)
14:30 – MOM Sport (exteriors and interiors)
16:00 – Kelenhegyi House (scout)
16:30 – Papp László Sportarena (interiors)
18:00 – Ferrum Office Building (exteriors and interiors until twilight)
22:30 – Arrive home

How? – Laying down the principles

While making the list, the question arose as to what would happen to the nearly 20-year-old buildings if they no longer shone in the most beautiful way or did not quite exist in the condition in which they were designed and built. We have decided that we will show the current state, I will photograph this, so the book will have a unified visual appearance and this will strengthen the relationship between the book and the reality experienced.

When I first met Mike Kelley in Dubai and he flipped through my portfolio, he pointed to two pictures and said “This is a picture of a building, and this is an architectural photograph.” This was in my head like a mantra during the photography process, and I knew that my goal was to create architectural photographs. I photographed the buildings until I felt that the selected images and compositions fell into this category. So I knew from the beginning that there would be buildings that I would have to visit 2-3 times. (In the end, the record was maybe 5 times for a single building.)

Start to photograph and keep track of the process

Keeping track of 51 projects isn’t easy. At first, I used an Excel spreadsheet to follow up on the current status of each project, which my co-authors could see, edit, and comment on. On the other hand, I prefer to work from handwritten lists. I created an A3 large list where I kept track of photoshoot dates, status, and it was great to look at it when 70-80% of it was already green. (Don’t ask which color means what, because I have no idea anymore, the same is true for numbers…)

A result of months of negotiations, there was only one office that I did not get permission to photograph, so I can say that we managed to present almost all the projects we planned. I use the word project several times instead of buildings, because a boat, the stations of a completely new metro line, and several parks also were included in our selection.

The weather in Hungary makes my work seasonal. I did not have the opportunity to reject any assignments just to have more time for the book, as 80% of my work falls during the period when I should also be photographing the book. This meant that I had my normal 160-170 photoshoots this year, plus the 100 or so shoots for all the pictures in the book to be taken. As I’ve shown in previous articles, I love having a large number of images to choose from, so it’s perhaps not so surprising that I shot some 15,000 frames for the final 195 images.

In the next installation of this series, I’ll show you how I prepared for some of the photoshoots, and I will tell the story of the book’s cover and why that image became an all-time favorite for me!

The book is currently in production, and I’m really looking forward to holding it in my hands. Currently, the book is available for pre-ordered on my website.

If you want to take a look at more of the images, visit www.gyorgypalko.com/budapestarchitecture.