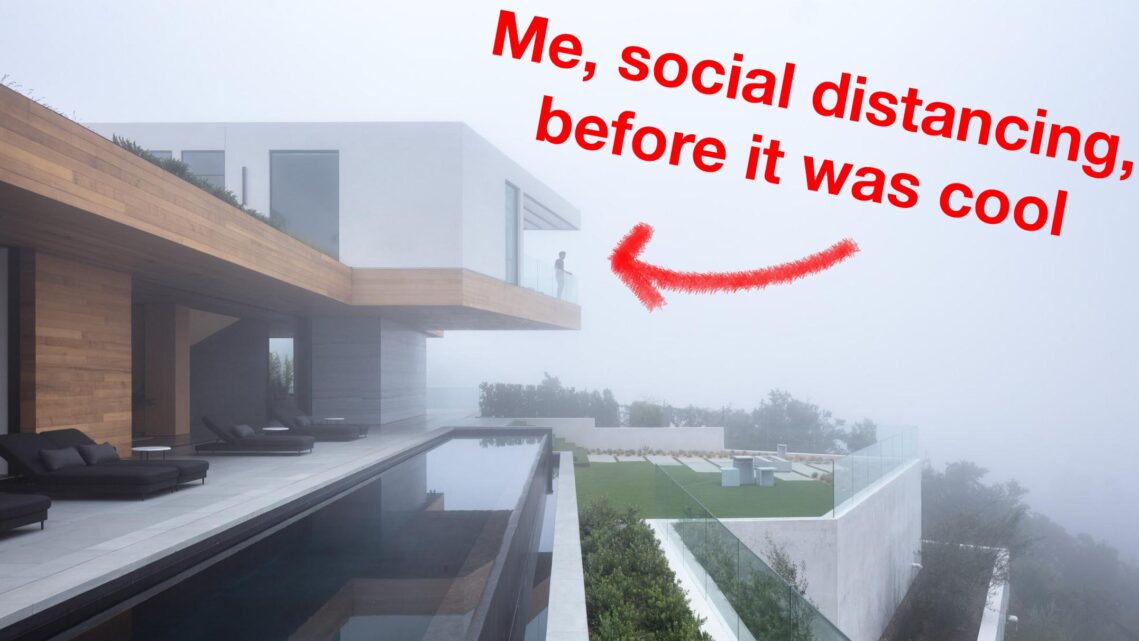 I think it’s safe to say that the current pandemic sucks for everyone involved. Short of toilet paper manufacturers, pretty much everyone on planet earth is dealing with ramifications and fallout of the ongoing…issue. A few days ago I asked a group of photographer colleagues how they were being impacted, and received a wide range of responses and opinions.

The most difficult part of this is that nobody knows what the heck is going on or how long it’s going to last. At best, we have predictions, which to me, seem like a higher-stakes version of predicting the weather. It might rain a little, it might rain a lot, but it’s definitely going to rain. Is it going to sprinkle and blow over, or is it going to be biblical and flood us to the point of destruction? Nobody really knows yet.

I’m glued to the news, but I’m so tired of reading it. Nothing is getting better, it seems, just worse with every passing day. Travel restrictions. Exponential increase in cases. Deaths. Stock markets lighting money on fire. Quarantines. I need to uninstall my New York Times app because it’s starting to get (has already gotten) quite depressing.

As far as our industry is concerned, it seems that responses are all over the map. I have four or five jobs lined up for the next month that may or may not materialize. I’ve got three travel gigs a few months out that I’m just going to assume are off the table, given that the employees of the company I’m working for have been banned from flying for work. I’m keeping myself optimistic because many of these jobs are spec homes that aren’t currently occupied, though I realize that the economic uncertainty in the stock markets and real estate markets could wreak havoc on the timing. I know many of our clients are leveraged with these projects and operate on somewhat thin margins which might evaporate as markets around the world trend downwards. Hotel shooters could be in for a rough time of it as bookings dry up, and it may take months or longer for the needle to start moving the other way. In a worst case scenario it may be years before the travel industry begins to rebound from this.

Who knows what’s going to happen with real estate photography and the real estate industry in general – I suppose it depends on how long it takes for this to dissipate. Houses need to get sold no matter what, but I’ve heard plenty of stories already of shoots being cancelled because people don’t want photographers who may be asymptomatic carriers in their homes.

Gensler has shut down their offices worldwide and urged employees to work from home, and as commercial office spaces everywhere are doing the same, it seems that commercial architecture photography has been put on hold in the interim.

We just have no idea. And frankly I have no idea what I’m talking about – I’m not an economist – so I’d love to hear other perspectives as well. I am just glad that I have been able to run a debt-free business for the last few years because even though I’ve got a nice reserve saved up to weather the rough times, I’m getting really fidgety considering that I haven’t worked since September… as a result of the back surgery I had earlier this year. It’s now going on six months for me without a commission which makes me wonder if I even have the talent any more 🙂

When I asked a group of colleagues if they were feeling the impact yet, there was a wide range of responses.

I’m mostly hospitality, and I’m flatlined. Just nothing at all. WILL PHOTOGRAPH FOR TOILET PAPER

All my shoots for March and April are gone. I am terrified that My overdue invoices will be delayed even further.

In Italy the ENTIRE country is in lockdown they strongly suggest to not leave your home. I had 3 jobs canceled and I really don’t know when we are gonna do it. You guys in USA probably have a lot of people affected by the virus but since the hospitals are so expensive my guess is that few people will go even if they feel sick. I read that the cost for the coronavirus test is $2,000, while here in Italy, it is free. So be careful guys a lot of people are walking around carrying the virus.

The impact is getting bigger from day to day. I am a hotel photographer in Austria and 2 out of 3 upcoming hotel projects got canceled. In addition some hotels start to cut their budgets for photography/marketing as they face a harsh economic future 😞 I hope it will get better when spring/summer comes around.

I chose to center my business on luxury property in order to avoid a business slump every time marketing budgets, or new construction wanes due to broader economic conditions. Even in tough times, the underlying reasons for selling homes remain strong.

One cancellation to date, but I expect many more over the coming weeks. When many return to the market, I may not be able to handle the volume that hits over a short period of time, resulting in a net loss.

I don’t work internationally so it hasn’t hurt my business at all so far. It did ruin my vacation to Thailand though.

I had a hotel shoot booked in for the week after next that has just been cancelled for the foreseeable future, as regardless of whether or not they will be temporarily shut down by the government (Netherlands) next week, they’ve taken such a massive hit in revenue in the last week that they don’t think they can swing it financially. Several of the big events coming up in the next few months in that city have been cancelled, so they’ve already had hundreds of guest cancellations.

I had 3 jobs this week, but speaking to one of my clients, people aren’t too keen on letting strangers into their homes right now so it looks like I’ll be spending some time with the kids…The Asian part isn’t really helping my cause either, as another commenter pointed out.

So quite a wide range of responses, but trending towards the negative, for sure. With all of the downtime, I’ve decided that I’m going to finally learn how to use Capture One, get my new Tethertools Air Direct setup going, and try to figure out why my CamRanger 2 is still sucking wind. And hey, maybe I’ll try to figure out why my original CamRanger can’t stay connected for more than twenty minutes at a time either.

I’ve also been trying to occupy myself with as much bass guitar practice as socially acceptable, but my fingies are starting to hurt. Oh yeah, I might also work on APAlmanac a little bit – we’ve got some exciting stuff in store for 2020 including a photo contest, contract and license agreements, and of course plenty of sarcastic humor. Provided I can get the lawyers to work faster to get everything released in a reasonable amount of time!

What are your 2020 Coronavirus predictions, and what steps are you taking to ensure that your business doesn’t completely tank in the next few months?