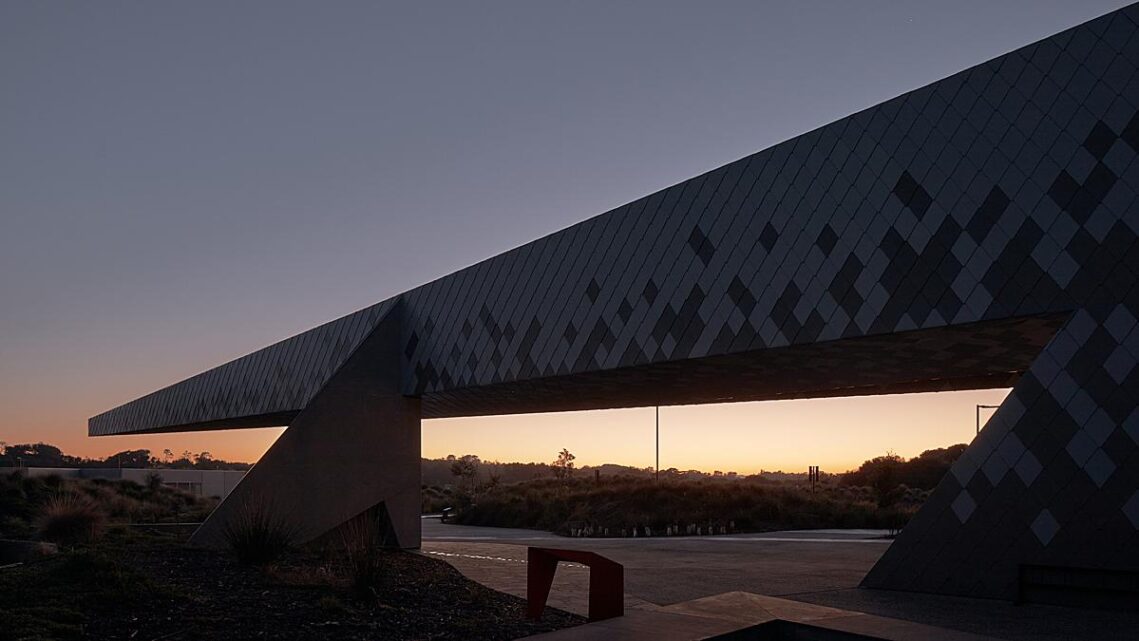 Peter Marko’s latest project is simply amazing. The shoot spanned two days on location but took months in the making because of permitting, weather, and of course, Covid related lockdowns. Armed with three cameras, a slider, a gimbal, a drone, zero assistants, and no brief from the client, Peter crafted this beautiful film of TERROIR’S Penguin Parade Visitor Center.

He notes “The main objective for the film was to capture the design of the exterior and some of the interior elements while showing life and movement via the visitors, the penguins, and the surrounding sea. All of this needed to be framed in a storyline that spread from morning to evening, from outside to inside, and through the building, out to the other side, finally ending on the penguin viewing area. I wanted to capture the flow of the visitors passing through the building as kind of a gateway to the penguins”

Enthralled by this film, I was curious to know the order of operations that Peter went through to make this masterpiece. Did he start with a storyboard or a game plan, or did he just wing it on location? Peter shared

“When I film, I have some idea of the final outcome I want to achieve, but it’s more based on how I feel about the project, what I see in it, what I like about it, and how it resonates with me. There is no storyboard, but I know what elements I want to use — such as timelapse, drone, walking with a gimbal and so on. I also know which elements I’ll push in post even more, in terms of adding digital movement to some shots.

I also have a list of things I CAN do or I’ve seen done and I’d like to try next time. This helps when you get stuck creatively or you just want to mix it up so it’s not all just flying around with a drone. Scouting helps greatly to create a vision for the film but things take shape usually after day one. That’s when you see what was actually possible to capture, what have you missed out on, and want to get on day 2. It’s nice to enter day one with an open mind though and see where it takes you and then on day 2 or 3 just keep adding the missing puzzle pieces.”

My favorite elements of The Penguin Parade video are the time-lapses. Peter explained that he spent about an hour making each time-lapse, but to maximize his efficiency on location, he set up 3 cameras running simultaneously.

While the primary objective of Peter’s shoot was the film, and no time was actually allotted for making stills, he managed to make a few while killing time during the time-lapses, and by extracting a few frames here and there. They don’t read as an afterthought though, and with the heaps of mood and gorgeous form, the stills hold their own as beautiful works of art.

I agree! The haze and cool tones add a healthy dose of mood and interest. We’re given a sense of place, and an interesting air of mystery.

With the fog burned off, the sun produces long shadows and specular highlights the add a layer of dimensionality to this scene, as well as relaying the time of day.

I love these two shots in particular. The attention-grabbing light, the complexity of the layers and depth in each scene…it’s just perfect!

Peter mentioned that he wanted to make an effort to show the architecture in both the very early and very late light. This gives us a complete understanding of the structure and how its ultra angular appearance is affected by the sun.

I asked Peter if he had any big takeaways or wisdom gained from shooting this project and he shared a great piece of advice:

“You need to ask for things if you want something to happen; ask for more time on set, ask about rescheduling if you’re not sure about the weather, ask for more access to places you need to shoot from, ask for any help you might need, ask for a person who’s in charge of that thing you need for that shot.

This project started off with a NO. No one was even answering my emails for about a month, and now it is my most successful project ever, by far. “

A hearty Thank You to our friend Peter for submitting this project in! Both the film and the stills are so beautiful. A job well done Peter!

Head over to petermarko.com to see more of Peter’s work. You can also find him on Instagram @petermarkophoto.