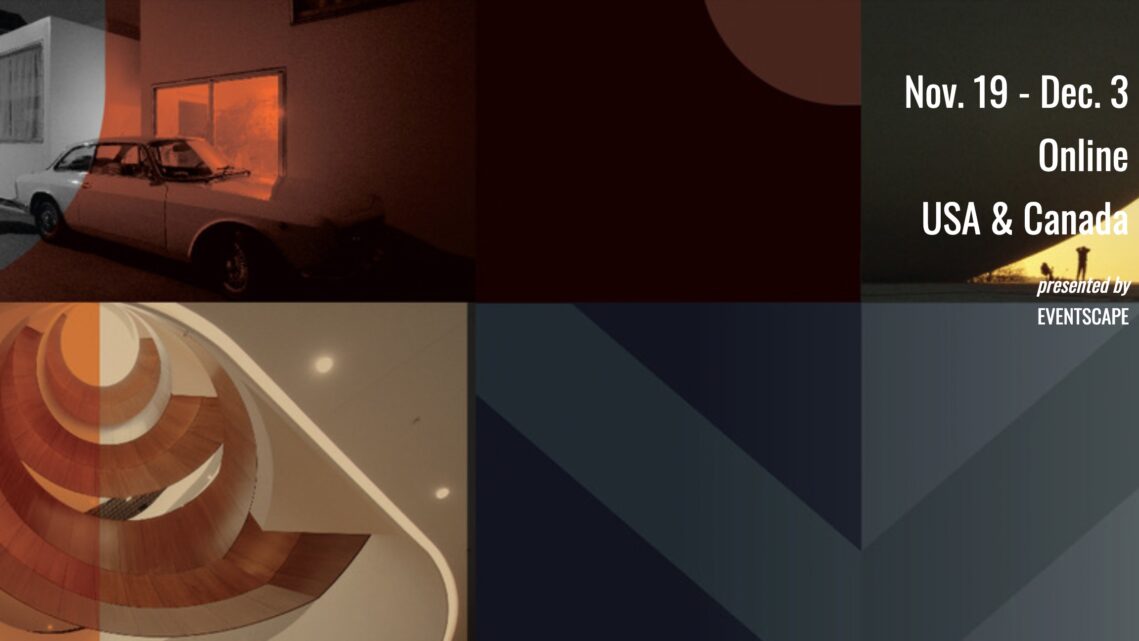 The Architecture & Design Film Festival has taken its screening online this year due to covid. Starting November 19th, the ADFF will be presenting their final session of the year. The final session will feature 15 full-length films that come from 13 countries across both hemispheres, including a couple of short films by Jim Stephenson whom I had interviewed earlier in the year.

The program starts on November 19th and runs through December 3rd. Tickets can be bought as either general admission at US$10, or multipass (5 tickets) for US$40, or an all-access pass for US$110. The full program list can be found here.

“Nicknamed “Architect to the Stars,” the African-American architect Paul R. Williams had a life story that could have been dreamed up by a Hollywood screenwriter. Orphaned at the age of four, Williams grew up to build mansions for movie stars and millionaires in Southern California. From the early 1920s until his retirement 50 years later, Williams was one of the most successful architects in the country. His list of residential clients included Frank Sinatra, Cary Grant, Barbara Stanwyck, William Holden, Lucille Ball and Desi Arnaz. And his name is associated with architectural icons like the Beverly Hills Hotel, the original MCA Headquarters Building and LAX Airport. But even at the height of his career, Paul Williams wasn’t always welcome in the restaurants and hotels he designed or the neighbourhoods where he built homes, because of his race. Hollywood’s Architect: The Paul R. Williams Story tells the compelling, but little-known story of how he used his talent and perseverance to beat the odds and create a body of work that can be found from coast to coast. Williams was the first African-American member of the American Institute of Architects.”

“Saving North is the story of a struggle for human and cultural survival in the mysterious and insular world of the Russian North. An outsider from England, photographer Richard Davies enters this mysterious and vast region of the world with the hope of documenting both the glory and the tragic demise of its rapidly disappearing Wooden Churches. As Davies meets and becomes friends with some of his Russian photo subjects, he finds himself getting emotionally involved with their struggle. He decides to put down his camera and get involved with church restoration.”

“Welcome, welcome,” the CEO sang in 2011 when BIG won the architecture competition for a large waste-to-energy plant with a ski slope on top. A camera followed the process of a visionary project that combines waste management and infrastructure with spectacular architecture and a recreational urban space.

The challenges pile up right from the start, along with questions: How do you even combine a waste-to-energy plant with a ski slope? How far is a property developer willing to go? And how much can an architect actually push through when all is said and done?

This “cinematic construction site symphony”, follows the main characters from the popping of champagne corks and the vision taking off, to the abrasions from the artificial snow, to the first trip down the black slope.

“This program honors the importance of learning from those who inspire us to be our best. The films include Pritzker Prize winners like Zaha Hadid and Glenn Murcutt to lesser-known, but equally important innovators, as seen through the lens of the filmmakers.”

Charlotte Perriand, Pioneer In The Art Of Living

“The designer and architect Charlotte Perriand was a highly creative figure who left her mark on the 20th century. Free-spirited and politically engaged, she designed revolutionary furnishings and participated in the invention of modern dwellings that were in harmony with both their inhabitants and their environment.

From her avant-garde battles alongside Le Corbusier in the 1930s to her experience in Japan and affirmation of a lifestyle based on openness and flexibility, this film, in the the shape of a notebook of memories, gives us an up-close and personal look at a life filled with passion and creativity, and opens us to reflections about contemporary society, as seen through the eyes of an exceptional figure.”

“AALTO is a captivating journey into the life and work of one of the greatest modern architects, Alvar Aalto. The film shares for the first time the intimate love story of the Finnish architect and his wife, Aino Aalto, and highlights her importance as an equal architect colleague and visionary designer. The modern, sophisticated and liberal couple, who married in 1924, co-designed many buildings around the world and the film takes us on a cinematic tour of their creative processes and iconic buildings, including a library in Russia, a student dormitory at MIT, an art collector’s private house near Paris, and a pavilion in Venice. The film’s director Virpi Suutari said, “I realized that no one is great alone and this film highlights the key roles of Aino Aalto and Alvar Aalto’s second architect spouse, Elissa, as well as the artisans and other architects who worked in the office.”

A Machine To Live In

“A Machine to Live In is about the imaginative and material processes of building one’s utopia. The film documents the history of the highly-controlled modernist planning in Brazil alongside radical projects in cult and mystical architecture. The film’s attention radiates outward from Oscar Niemeyer and Lucio Costa’s capital, Brasília, to the flourishing landscape of UFO cults, pyramids, monuments, and futurist projects.
The film unfolds through the Brazilian novelist Clarice Lispector’s writings on the inauguration of Brasília in 1961 and subsequent interviews with Niemeyer. Her literature describes a fraught ideology embedded in the city’s concrete design and the film attempts to show how the desire for myth and reason can be expressed in building utopian spaces. It collects vignettes and stories from architects and builders as they describe their ideal cities, both real and transcendent.”