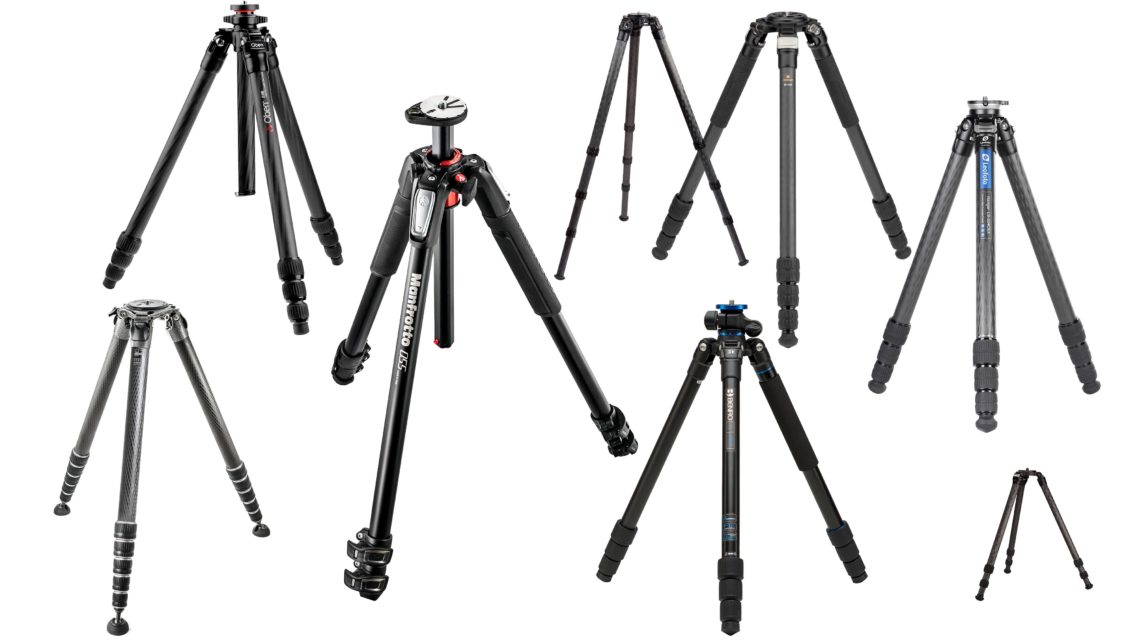 In my view, the most tedious and frustrating bit of equipment that I need to take with me to any meaningful shoot is a tripod. Most tripods are cumbersome, heavy and, unwieldy. They’re a pain to carry around and I absolutely hate them. Don’t get me wrong, I love the results I’m able to produce with a tripod, I just hate everything else about them.

For many architectural photographers and I, shooting with a tripod is pretty much a requirement. I’d find it extremely difficult if I had turned up to a shoot without a tripod; it would severely impact the results any of us could produce. One of the major benefits of having a tripod on an interior and architectural shoot is that you can use it take multiple images of the same scene. These multiple images can then be composited into one final image; this technique allows you far greater control over lighting, composition, and even helps to improve image quality by using mean stacking techniques. Unfortunately, as much as I love shooting with my my tripod, there are a few things I deeply hate about them.

I did a quick search recently and found that almost every high-end or “professional grade” tripod is currently using the twist lock mechanism. I vehemently hate this. Yes, I’m calling it a flaw because that’s exactly what it is and I hate the fact that manufacturers are sticking to it. I’m sure there’s some reason behind why this flaw needs to be used in tripods, but, that doesn’t change the fact that it is absolutely terrible.

First of all, it’s less efficient than the clip locking mechanism. It’s far easier to open and close multiple clip locks on a tripod leg than it is for twist locks. With twist locking tripod legs, each lock needs to be undone and tightened individually. With clip locking tripods, I can undo three at once, drop the legs, and tighten them all together again. I can’t seem to understand why any manufacturer thinks the twist locks are better.

If durability is the concern, I have to say I’ve had more twist locking tripods fail on me that clips locking ones. I’ve bought relatively expensive tripods with twist locks and they have completely seized up after 6 months of use. And this is indoor, minimal effort usage. On the other hand I’ve had my the older version of MT055XPRO tripod for most than 6 years with heavy use and it’s still working perfectly.

Admittedly, this is a completely anecdotal point and can’t be used in favor of or against anything, however, this has impacted my perspective.

Finally, and most importantly, these twist locks were clearly designed by someone who enjoys torture. If you’ve ever done a multi day shoot with a twist locking tripod, you’ll know just how sore your hands can get. I honestly hate these kinds of tripods.

If you’ve ever been to the UK (or anywhere seasonal), you’ll know that the weather here isn’t great. Our summers are debatable and our winters are horrible. For the most part, it’s cold, wet, and gray. Shooting outside in these conditions is difficult already and then to have a tripod with only one leg wrap just annoys me. For many of you, I assume this isn’t a huge deal but honestly, I find this pretty frustrating. I mean, the manufacturers already went to the effort of putting a wrap on one of the legs, why not the other two? It’s not as though I won’t be handling the other two legs.

Having wraps on all three of legs makes the whole experience of transporting and using the tripod more pleasant. It’s also a lot easier to grip the tripod from the wraps as opposed to the slippery metal sections. This is especially the case when you’re wearing gloves; which is advisable when you’re shooting outside in the world.

Carbon Fiber tripods are also guilty of this – they can still get freezing, nearly as much as aluminum – it does get cold enough on the hands that it can be a bit of a bother. Not only that, they’re not the easiest to grip hold of, with or without gloves.

3. Tripod Bags Are the Worst

Almost every tripod that I’ve bought so far has come with a tripod bag of some sort. I think they great for storing your tripods, but they’re pretty terrible when taking them anywhere. Tripod bags are useful until you need to use your tripod. It’s at this point, the bags start to come in the way more than anything. Once you’ve removed your tripod, I never know where to put the bag. It starts to become the annoying part of the shoot. If you’re shooting outside and it’s windy, then there’s a chance it will start to fly off in some direction. It’s impossible to look cool in front of a client while chasing after a bag. Or having one at all for that matter. Dork.

The other thing is that tripod bags generally make carrying tripods a bit of a pain. They tend to be bulky, and difficult to handle. This is especially true for padded ones which I hate traveling with.

What I would prefer instead is to have a simple strap that allows you to carry them. Even just having a little section where you clip on a strap would be sufficient; unfortunately, this isn’t something that’s available with many brands.

A tripod strap makes the whole experience far easier than having a large, bulky bag to carry. The overall size and weight doesn’t increase by much, and it’s far quicker to set up the tripod because there’s no bag in the way. Ultimately, it’s one less thing to be concerned about on a shoot, and it helps you carry your tripod as effectively as any bag does.

I appreciate that these are first world problems at their finest, but, they’re problems nonetheless. These three things may seem minor at first glance, however they genuinely affect the workflow when you’re shooting day in and day out. On plenty of occasions I’ve described how workflow is king and I’m sure many of you will agree with that; if something is negatively impacting it, then it’s not a minor issue anymore.

Tripods are extremely important for the kind of work we do; they can be better.