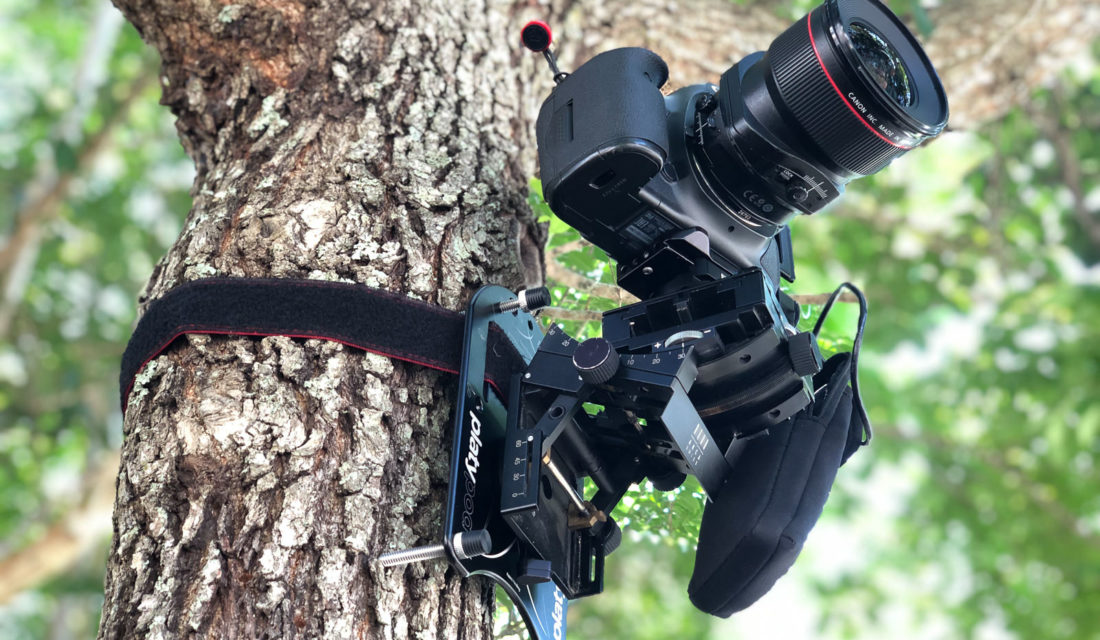 Over the past few years, my gear bag has been reduced to the absolute bare minimum. This is to make my traveling life easier, to reduce weight so my herniated disc doesn’t flare up every third minute, and to keep breakage and repair troubles far away – after all, the less things there are to break, the less things break. As a result, I am usually quite averse to changing anything that might mess with my workflow or my perfect 50lb checked bag weight (airline agents are always amazed that I nail the weight limit exactly).

A few months ago, Larry Tiefenbrunn, the owner of Platypod, sent me a message wondering if I would be interested in trying out their products and possibly sharing my thoughts. In full disclosure, I received a Platypod Max and Platypod Ultra in exchange for…doing absolutely nothing. Not a bad deal, but like I said, I hate disrupting my workflow and travel setup, so I was slightly reluctant at first. You must understand that I am hit up weekly by accessories companies, lighting companies, and other manufacturers of random over-engineered knick knacks that do nothing in an effort to secure promotion or otherwise.

What made me interested in the Platypod is that it actually solves a problem that I run into ALL THE TIME. As you know, architectural photography is predominantly performed on a tripod, with a significant percentage of images created indoors, which requires quite a bit of delicate maneuvering to get the camera exactly where you want it. Sometimes it is actually downright impossible to get the camera in the exact right spot because the tripod can only be configured into positions that simply aren’t low enough, don’t fit on a countertop, don’t fit under a fixture, etc.

Those of you who follow me on instagram know that I have a somewhat humorous track record of creating ridiculous tripod contortions in an effort to get the shot. For example:

While it makes for good instagram content, it’s actually a huge pain in the butt, and thankfully Platypod can help with many of these situations. It actually opens up an entire new set of options for camera placement, something that has honestly eluded me for the better part of my career.

While the tripod balancing act is fun, at the end of the day you just look like a fool and put $5,000 worth of equipment at risk by doing this. So why did I actually want to try the Platypod?

Is essentially nil, which means it fits into anything without a struggle. It’s about 1/4″ thick, with no protruding bits except a stud to mount the tripod on (which comes with a little rubber cover so it doesn’t shred your gear bag). As a result of the minimal form factor, it fits into any camera bag without adding volume (with only a marginal increase in weight).

It Works With My Existing Tripod Head(s)

Which really means at the end of the day all I’m putting in my gear bag is this flat aluminum plate; not an extra proprietary head, or a giant magic arm, or another clamp of some sort. Brilliant. You see where this is going. I can throw my Cube on it, or my D4, or my baby Arca head…and I’m off to the races.

It’s a single piece of milled aluminum, with really nothing to break. Included is a titanium 3/8″ stud for the base of your tripod and four stainless steel spiked screws for balancing and leveling the base (as well as sticking them into soft ground for stability if necessary). In short, it’s a tank, with really nothing on it that is capable of breaking. I absolutely hate cheap things that break on shoots. Platypod will probably never break on you, and if it did I’d be seriously impressed.

You Can Get Sneaky

By being able to shoot from a stabilized platform without a tripod, you can get past tons of security guards. And that makes this a great thing in my book – it’s tiny, slips in a pocket, and won’t raise suspicions. And it’s technically not a tripod. Heh.

So how does it actually work?

Well, flawlessly. If I am backed up into a corner and need to put the camera on a bookshelf to reduce distortion by getting as far away from the subject as possible, it’s not a problem. If I need to lash the camera to a pole, or a ladder, or whatever else – again, not a problem. If I need to raise the height of the camera, I can grab a few books, a roller bag, a dining room table (remember the rubberized feet mean that I won’t scratch it!), literally anything on earth that is mildly stable becomes a camera platform. And that removes a lot of headache from my life, to be honest – with a combination of live view and my Arca Cube working from any side, I can basically set this up, level it, and compose the shot in any location without having to be behind the camera. I can even lash it to the tripod itself if I needed to get the camera somewhere crazy.

In order to get the Platypod set up, first remove your tripod head from your tripod and attach it to the 3/8″ stud on the Platypod. Then, set it on a level surface, and you’re good to go. If the surface is irregular, prone to scratches, or you feel that you need a little more sturdiness or height, add the included stainless steel screws, which thread through the base to raise and level your camera. Think of it like fixing a wobbly table at a restaurant by stuffing a napkin or wallet under the leg, except it’s way less annoying and way more intuitive.

I’ve been using it for six months now and it has traveled all over the world with me – from California, to Mexico, the UAE, China, Bangladesh and Europe – and it’s been in my bag the entire time. Bulletproof, no issues at all, in fact hardly a scratch. It even comes with a felt case that doubles as a lens wipe (which I discovered when my dumb ass forgot to pack one on a recent trip).

What Would I Suggest For Improvement?

Simple – built in bubble levels. While the Arca Cube that I use does a great job of supplying that information, it can be a little awkward to make sure I’m level when on random surfaces or attached to a telephone pole. A couple of bubble levels built into the Platypod would be awesome so I could use the screws to line everything up exactly. Life is always easier when you know you’re on a level camera platform!

I’d also like to see the strap durability improved. After about 6 months of use, it is starting to fray and the stitching is pulling out. I wonder if velcro is the way to go – perhaps some sort of tie-down with ratchet straps might be a better long term solution, but this is starting to get into pretty heavy duty territory.

Would I recommend the Platypod?

This sounds like a paid review at this point, doesn’t it? It’s not. As I mentioned upstory, there have been plenty of products I’ve tried and just been ‘meh’ about because they don’t actually help in any meaningful way (flash diffusers, I’m looking at you). But it’s a brilliant addition and at $100 for the Max, I can’t think of a reason not to. Rather than carrying another bulky tripod accessory or hell even another tripod, just pick one of these up and enjoy getting shots from a ton of new perspectives you never considered in the past. The Platypod can be purchased from their website or from B+H Photo. I personally use the Max version (in order to stabilize the massive weight that is an Arca Cube, DSLR, Lens, etc), though the Ultra is an even smaller, more compact version of the same which fits in a pocket – brilliant.