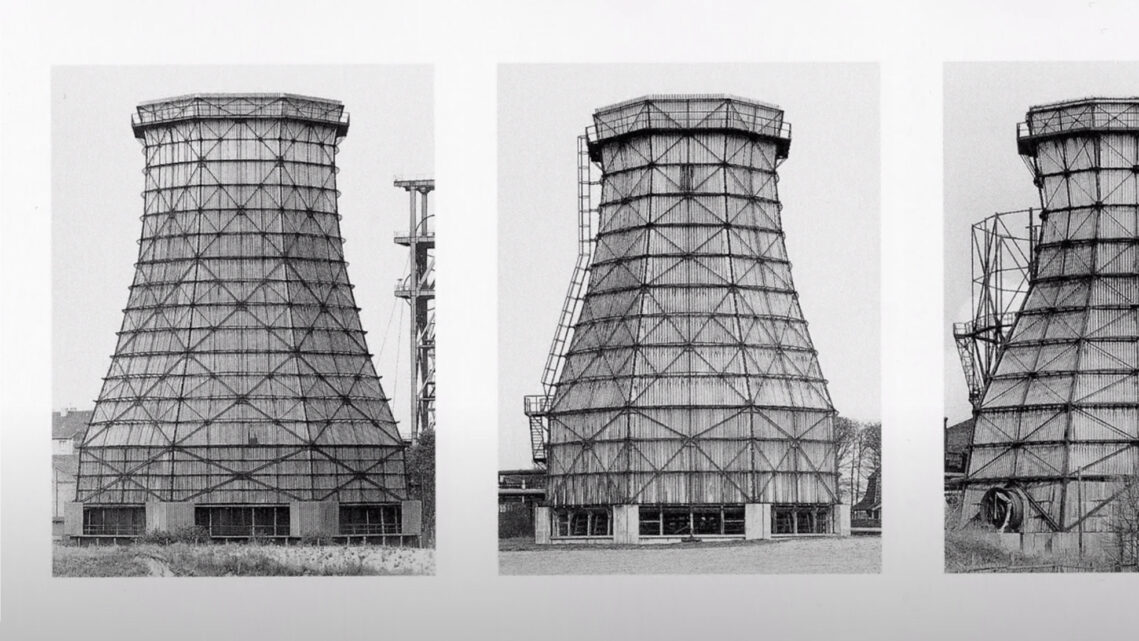 Imagine being on the frontline of the 20th-century transition in the artistic world of photography. From the pristine landscapes captured by Ansel Adams to man-altered landscapes through industry and construction, there was so much changing in the world. This was the reality that Hilla and Bernd Becher had to face. Their perseverance and honest documentary approach led to a new kind of photography and school that is still present nowadays.

Hilla and Bernd Becher were two German photographers that started documenting industrial structures in the late 1950s; water towers, silos, industrial plants and the like are the central subjects of their work.

Their journey began in Germany, specifically in the Siegerland region (bordering with Belgium and the Netherlands) where Bernd grew up. Equipped with a plate camera, the duo embarked on photographing the disappearing structures that were once part of an industrial landscape. Their project continued over the course of more than 40 years in various countries like the Netherlands, France, and the United States.

Their working method featured a systematic documentation of the structures. The framing, position of the camera in relation to the subject, and the (soft) light conditions are present in every photograph. Eventually, this led to the creation of typologies: a grid of images that at first glance could be mistaken as the repetition of one image. But a close examination shows unique elements with subtle differences between each other.

The photographs act as an honest witness of the landscape transformation, both natural and industrial. They are an archive of mostly anonymous architecture and structures with a specific aesthetic approach: form follows function. The exquisitely detailed black-and-white photography was the medium selected to keep them alive in the collective memory.

Hear more about their story directly from Hilla in this inspiring video from 2014:

The Bechers’ influence is latent in photographers and artists around the world; Andreas Gursky, Candida Hoffer, and Thomas Struth just to mention some. Their work is undoubtedly a solid base for countless photographic documentary driven series of the 21st century.

In my opinion, recent photographic series have successfully managed to incorporate exciting variables into an otherwise still subject or photographic composition. The appropriation of space by the inhabitants and the effects left by the passage of time reinforces the uniqueness of a project.

Consider this post only as a teaser of the wide work by Hilla and Bernd Becher. Don’t miss the opportunity to appreciate their printed work at a museum or in a monographic book.